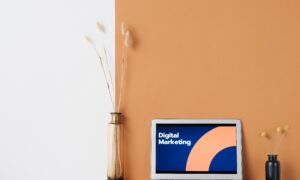 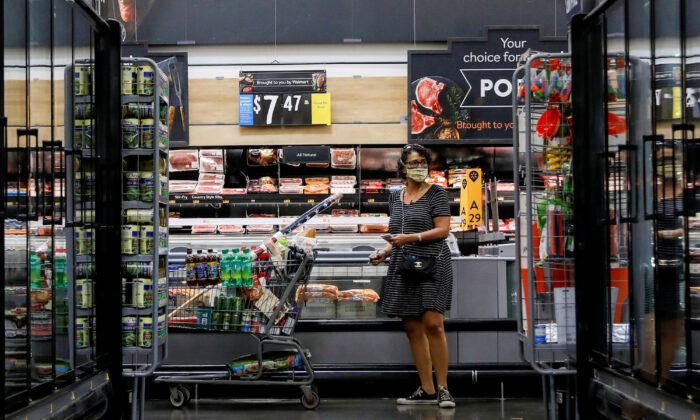 A shopper at a Walmart store in Bradford, Penn., on July 20, 2020. (Brendan McDermid/File Photo/Reuters)
Economy

Retail and food services sales fell 1.1 percent in July, following a revised 0.7 percent gain in June and a 1.7 percent drop in May, according to an advance estimate from the Census Bureau (pdf). Consensus estimates were for the July retail sales number to drop a modest 0.3 percent.

“Retail sales fell in July for the second time in three months. There are signs that pent-up demand has passed its peak,” said Bankrate senior industry analyst Ted Rossman, in an emailed statement to The Epoch Times.

The category that saw the sharpest drop was sales of motor vehicles, which fell by 4.3 percent over the month in July, hampered by a global shortage of semiconductors.

“Nonstore retailers—the category that includes Amazon.com—were the second-biggest decliner in July, likely reflecting a pull-forward in demand which occurred in June thanks to Prime Day,” Rossman said.

Clothing retailers experienced the next-biggest drop, falling by 2.6 percent over the month in July after rising 3.7 percent in June.

“That had been a hot sector in recent months, which also points to a surge thanks to pent-up demand and now a pullback,” Rossman explained.

“There are two ways to look at this: On the more pessimistic side, we saw overall retail sales decline in July, and even among the sectors that grew, slowing growth was a theme. However, the glass-half-full approach is that July 2021 retail sales were an impressive 15.8 percent higher than July 2020,” Rossman said.

Part of the cooling in retail sales likely reflects the rotation of spending from goods to services like travel and entertainment as rising vaccination rates coupled with the reopening economy prompted more Americans to take trips and head to cinemas.

Restaurants and bars are the only services category included in the retail sales report, which showed that spending at food services and drinking places advanced by a relatively solid 1.7 percent over the month in July, after climbing 2.4 percent in June.

“Keep in mind that retail sales do not capture the majority of services spending and therefore understate the resilience of overall consumer spending,” economists at Bank of America Securities wrote in a research note.

The slowing growth in restaurant and bar sales may reflect consumer concern about the rise in cases of COVID-19, the disease caused by the CCP (Chinese Communist Party) virus, driven by the spread of the more contagious Delta variant.

“The Delta variant seems to have hurt consumer confidence more than actual sales, but slowing growth is worth watching, especially since the summer tends to be a more favorable time for dining establishments, especially during COVID,” Rossman said.

U.S. consumer sentiment fell sharply in early August, with the University of Michigan confidence index plunging to depths not seen in a decade as Americans expressed worry about personal finances, unemployment, and inflation.

But despite what Rossman described as a “shockingly bad consumer confidence report,” the flagging sentiment has not translated into sharply lower spending.

Walmart, for instance, posted strong earnings on Tuesday and raised its future guidance.

“The Delta variant is a significant issue to monitor, but so far, there doesn’t appear to be much appetite for additional COVID restrictions. And we’re not seeing a widespread trend of consumers sticking closer to home,” Rossman noted.

Consumer spending notched double-digit growth in the second quarter, helping to pull the level of GDP above its peak in the fourth quarter of 2019.

With households sitting on at least $2.5 trillion in excess savings accumulated during the pandemic, consumer spending is likely to remain strong for the rest of the year.

“I think the path forward for retailers still looks pretty good, especially given the excess savings that consumers are still sitting on,” Rossman said.