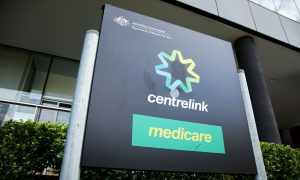 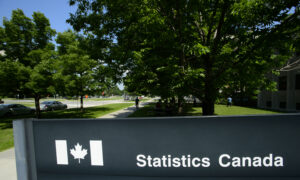 NEW YORK—Despite the ongoing economic crisis, many large retail stores continue to shop for a foothold in New York City, the center of the nation’s media, finance, and fashion industries.

For years, the retail landscape in New York has been dominated by smaller boutiques, high-end retail stores, and flagship locations for several retailers headquartered in the region. But that’s about to change as two of the nation’s leading retailers plan to take a slice of the Big Apple.

On July 31, J.C. Penney Co. will open its first store in Manhattan on 33rd Street, one block away from long-standing major competitor Macy’s Inc. flagship store in Herald Square.

J.C. Penney spokesperson Ann Marie Bishop said that it is particularly because our country is in an economic recession that J.C. Penney wants to offer “great styles and value at affordable prices.”

“Our company has the financial strength to create a unique and inviting store,” said Bishop, who added that the company’s Cindy Crawford home collection will be added in September. The Martha Stewart home collection is currently sold at Macy’s.

J.C. Penney currently has stores in Queens, the Bronx, and Staten Island in New York. The company hopes to expand to the heart of New York City because it is the fashion capital of the world, Bishop said.

According to a Security and Exchange Commission filing, J.C. Penney opened 35 stores and closed nine nationwide during fiscal year 2008. CEO Myron Ullman was reported by Reuters to be “planning business conservatively for 2009.”

Nordstrom, Inc. will also open its first store in Manhattan—a Nordstrom Rack—on July 31 at One Union Square South on 14th Street between Broadway and Fourth Avenue.

“Manhattan is the number one market in the country,” said Brooke White, Nordstrom spokesperson. She added that this new opening is a “long-term decision.”

Nordstrom is in a “very strong financial position” and can “successfully compete” with other retailers in the area, said White. She believes that being next to competitors will increase the chances of exposure to customers and thus bring in more revenues to the Seattle-based retailer.

Four Nordstrom and 13 more Nordstrom Rack locations are also planned to open in Dallas, Los Angeles, San José, Cincinnati and other urban and suburban areas around the country.

Nordstrom is an upscale department store that competes with Lord & Taylor and Neiman Marcus. The recent economic recession has hit many retailers hard, but the company views expanding its presence in the biggest U.S. market as a way out of the slump.

Electronics retailer Best Buy Inc. is also projected to open in on the south side of Union Square in October, near Nordstrom Rack.

The new store will enjoy a “dominant and highly visible position in the heart of Lower Manhattan” and will employ about 120 full and part-time employees, according to Erin Gunderson, Best Buy spokesperson.

Though many retailers are scouting for new landscapes for development, Mega-corporation Wal-Mart Stores, Inc., which operates 109 super centers, discount stores, and Sam’s Club locations in the state of New York, “has no announced plans to build a store anywhere in New York City at this time,” said spokesperson Philip Serghini, who had no further comment.