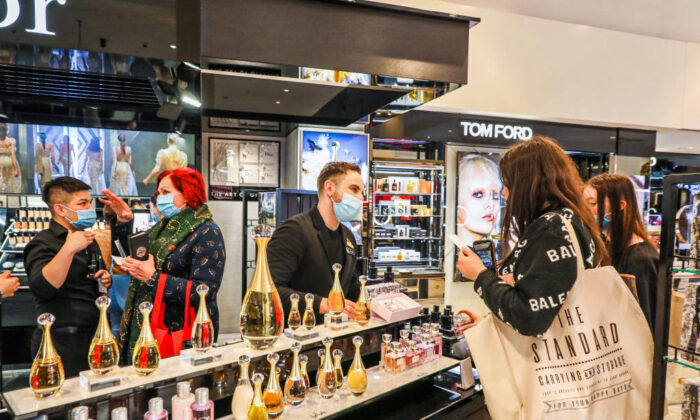 Labour shortages in Australia have worsened over the past three months, with many businesses in the retail industry saying it’s much harder for them to hire new staff, according to a new survey.

An online poll by the Australian Retail Association (ARA) showed that none of the retailers surveyed said labour shortages had eased, with 61 percent saying the problem had worsened over the past three months.

“We are in the tightest labour market in over 50 years, and what is clear is that traditional recruitment methods are not working,” ARA CEO Paul Zahra said in a statement on June 27.

“We need to see some practical solutions so businesses can access a bigger talent pool, which would allow them to trade closer to their full potential.”

According to the poll, 84 percent of retailers said it’s becoming much harder to recruit new staff and 73 percent said job vacancies are higher than usual.

Around 55 percent of retailers also said absenteeism rates are worse, or much worse, than three months ago.

Over 100 respondents representing thousands of retail stores around Australia took part in the poll, which was conducted between 16 – 21 June. The respondents are from a diverse range of businesses, including enterprise-level retail and small-medium businesses.

“Retail businesses are fundamental to Australia’s economy and our daily lives, and they simply can’t get enough staff,” Zahra said.

“This has been an issue through the pandemic which has intensified this year and what’s worrying is that things are not getting any better.

“The labour and skills crisis are in addition to the intense cost pressures businesses are facing, with rents increasing along with fuel and energy costs and supply chain constraints. It is a dire situation for many small businesses, who are struggling to keep their heads above water.”

Deloitte Access Economics has predicted that Australian retailers will see their sales slowing down in the second half of 2022, due to consumers reducing their spending amid living cost pressures and interest rate hikes.

The CEO urged the government to take measures to get overseas workers and students back to Australia as soon as possible.

“We also need to see reduced red tape when it comes to immigration so we can get more skilled foreign workers into the country, along with more international students, who are sorely needed to fill frontline roles across retail and hospitality,” he said.

“Unfortunately, our reputation has been damaged because of the lockdowns, meaning we are not the attractive option we once were for foreign workers.”

Zahra added that without government intervention, labor shortages would worsen, some businesses would be pushed to the breaking point, and economic recovery would not be possible without a recovery in retail.