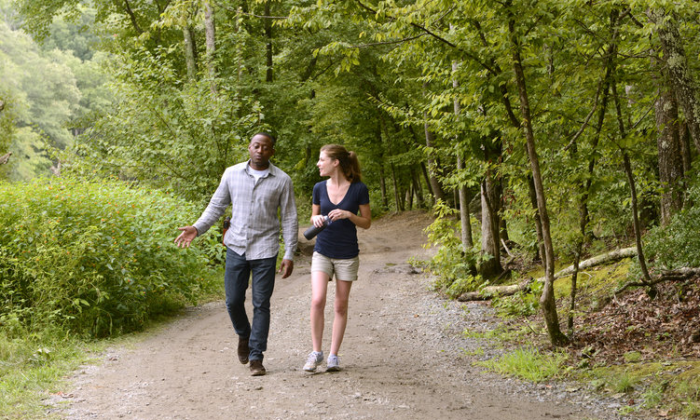 Resurrection on ABC has quickly shot to one of the most popular shows on television just two episodes into the first season.

In the premiere episode, J. Martin Bellamy is assigned to track down the parents of an 8-year-old, Jacob Langston, who was found near a rice field in China.

But when the pair arrive in Arcadia, Missouri and meet the Langstons, they learn that Jacob was presumed dead 32 years ago after he drowned.

In episode 2, another presumed dead person–Caleb Richards–returns to his family with no memory of dying from a heart attack three days prior.

The next episode, “Two Rivers,” will air on March 23. The episode includes the exhumation of Jacob’s grave, which only deepens the mystery of his return. Henry struggles to accept that Jacob is the son he lost three decades ago.

Meanwhile, Bellamy and Maggie search for a connection between Jacob and Caleb’s deaths and wonder if the local river may hold a clue. Their digging also unearths Caleb’s criminal past – he robbed the bank his daughter Elaine works at just days before his death.

In episode 4, “Us Against the World,” Bellamy and Sheriff Fred form an uneasy partnership to find Caleb, who has gone on the run after Dale’s murder.

Also, after Jacob suffers a seizure, Maggie gives him a checkup at the clinic and is shocked by what she finds. Meanwhile, Pastor Tom adjusts to the unexpected presence of his old love Rachael (guest star Kathleen Munroe) in Arcadia.

In Episode 5, “Insomnia,” Bellamy’s past comes back to haunt him–specifically, a tragic incident. He struggles to keep Jacob safe from outside forces. Caleb delivers a chilling warning to Bellamy while Maggie delivers shocking news to Rachael.

Alos, Elaine is pressured to find out where dad Caleb hid the stolen bank money before the FBI comes to town and learns the truth about Arcadia.

In a behind-the-scenes video, executive producer Michele Fazekas revealed that “not every person who comes back is good.”

“Not every person who returns from the dead will be welcomed. They don’t necessarily have the best intentions, just like the living.”