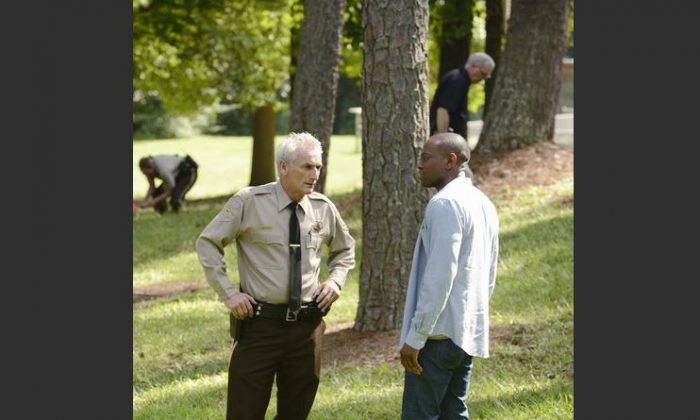 Episode 4 of Resurrection on ABC will air on March 30 at 9 p.m., with Bellamy and Sheriff Fred hunting for Caleb, who has gone on the run after Dale’s murder.

Maggie discovers a startling revelation while driving in the car with Jacob.

“You know it’s good to have a mom who loves you as much as your’s does,” she tells him. “Some people don’t even have that, but even when you do sometimes you hold things in to try to be strong because you don’t want to worry her. But you know you can tell your mom things, right Jacob? You can also tell me things. Because I’m your family, too, right.”

“Jacob how do you know that?”

Maggie also gives Jacob a checkup at the clinic after Jacob suffers a seizure and is shocked by what she finds.

Meanwhile, pastor Tom adjusts to the unexpected presence of his old love Rachael.

Season 1 of Resurrection is slated for eight episodes at the moment, with the season finale slated for May 4.