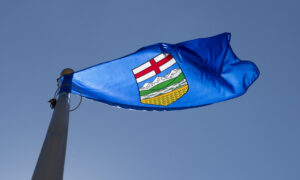 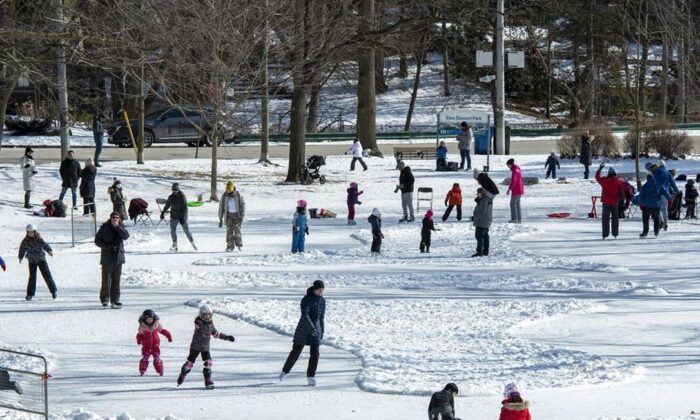 Parents and children enjoy Family Day as they take to the ice on a home made ice rink in a city park in Toronto, on Feb. 15, 2021. Restrictions meant to stem the spread of COVID-19 are easing in parts of Ontario and Quebec and all of New Brunswick. (Frank Gunn / The Canadian Press)
Canada

Restrictions Easing in Some Provinces as U.S. Issues Advice to Those Fully Vaccinated

Restrictions meant to stem the spread of COVID-19 were easing in some parts of Canada on Monday, while U.S. public health officials signalled a partial return to normal is possible for anyone who has been fully vaccinated against the virus.

A new report from scientists advising the Ontario government says vaccinations in long-term care homes have helped cut infections by 89 percent and deaths by 96 percent in the eight weeks since inoculations began in December.

Ontario reported 1,631 new cases in its latest update, but said the higher-than-expected count was due to a system “data catch-up.” The seven-day average for new cases was at 1,155.

There were also 10 more deaths linked to the novel coronavirus in Ontario.

Also Monday, residents in five regions of Quebec, including the capital, were again able to eat in restaurants and work out in gyms.

Restrictions remained in place in the Montreal area due to fear that a new, transmissible virus variant will cause a spike in cases and hospitalizations.

Quebec reported 579 new cases in its daily update. New infections had been above 700 for the five previous days. The province also recorded nine more deaths.

All of New Brunswick shifted to a lower pandemic response level. That means a circle of 15 regular contacts can socialize, up from 10. The Atlantic province had 35 active cases as of Sunday afternoon.

In British Columbia, call centres opened so that the province’s oldest residents could start booking their COVID-19 vaccine appointments. Anyone older than 90 is eligible, as well as Indigenous people over 65.

In the United States, the Centers for Disease Control and Prevention said fully vaccinated people can gather indoors without masks or social distancing, as long as it’s with other inoculated people or those at low-risk of severe disease.

The guidelines recommend that fully vaccinated people continue to wear masks, avoid large gatherings and physically distance when out in public. People are considered fully vaccinated two weeks after their last required dose.