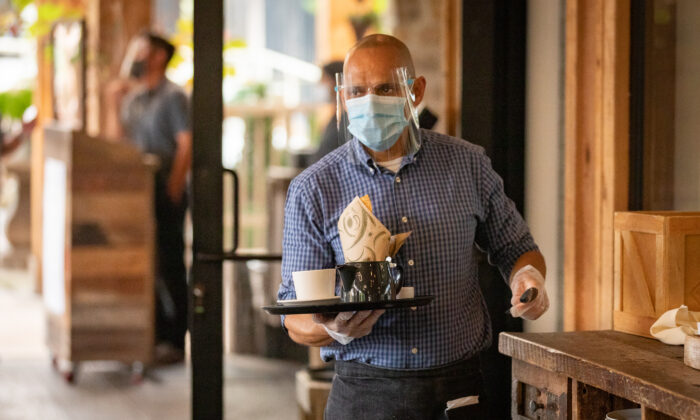 While the U.S. government’s latest employment report showed jobs continuing to bounce back in the restaurant industry in January, the recovery remains incomplete, with the U.S. restaurant sector still down over 1 million jobs compared to pre-pandemic levels.

Employment at food service and drinking places—the major component of the total restaurant and food service industry—rose by a net 108,200 jobs in January, according to Feb. 4 data released by the Labor Department. Overall, U.S. employers added 467,000 jobs during the month.

But while January’s payrolls figures represent the 13th consecutive month of job gains for eating and drinking establishments, the industry remains around 1 million jobs down compared to pre-pandemic levels.

Prior to the COVID-19 outbreak and the imposition of lockdowns that decimated the hospitality industry, eating and drinking places employed 12 million people out of the total restaurant and foodservice workforce of 15.6 million, according to the National Restaurant Association.

“While January’s gain was a positive sign, it wasn’t enough to put a significant dent in the 1.5 million hospitality job openings on the last business day of December,” the National Restaurant Association said in a statement, commenting on the job recovery numbers.

Job openings in the hospitality industry accounted for around 14 percent of the total 10.9 million vacancies on the last day of December, according to government data.

While lower than the record-high of 11.098 million job vacancies recorded in July, the 10.9 million vacancies represent a historically elevated reading that suggests that U.S. employers stepped up their search for workers at the end of the year despite the Omicron variant wave.

“The latest data confirm that the industry’s recovery remains incomplete, and restaurants across the country continue to face a challenging business environment,” the National Restaurant Association said in a statement, adding that an industry survey of 4,200 restaurant operators showed that the Omicron surge led to a “rapid deterioration” of business conditions for many restaurants at the beginning of 2022.

Actions taken by restaurants in recent weeks in response to the spread of Omicron include reducing hours of operation (51 percent), closing on days that a given restaurant would be open (34 percent), and reducing seating capacity (26 percent).

A total of 76 percent of restaurant operators told pollsters that business conditions were worse in January than three months prior, while just 3 percent said they were better.

In its annual State of the Restaurant Industry report, released on Feb. 1, the National Restaurant Association predicted that restaurant industry employment would rise by 400,000 jobs to a total of 14.9 million by the end of 2022.