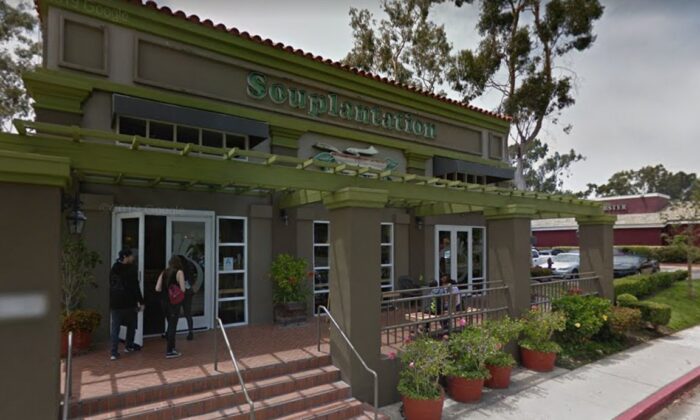 Souplantation, a buffet-style chain based in San Diego but has locations in a number of states, is permanently closing down all of its locations due to CCP virus guidelines for restaurants. (Google Maps)
AMERICA

Restaurant Chain Souplantation Closing for Good Due to Pandemic

Souplantation, a buffet-style chain based in San Diego but has locations in a number of states, is permanently closing down all of its locations due to CCP virus guidelines for restaurants.

John Haywood, CEO of Garden Fresh, the parent company of Souplantation, wrote that the chain will close down about 100 restaurants across the United States after the Food and Drug Administration (FDA) advised restaurants to stop using self-serving stations, including buffets.

“The FDA had previously put out recommendations that included discontinuing self-serve stations, like self-serve beverages in fast food, but they specifically talked about salad bars and buffets,” Haywood said, as reported by the San Diego Tribune. “The regulations are understandable, but unfortunately, it makes it very difficult to reopen. And I’m not sure the health departments are ever going to allow it.”

Some 4,400 employees would be impacted by the closure, according to the Tribune. The chain also has locations across Arizona, California, Colorado, Florida, Georgia, Nevada, New Mexico, Oregon, and Washington state.

“We could’ve overcome any other obstacle, and we’ve worked for eight weeks to overcome these intermittent financial challenges but it doesn’t work if we are not allowed to continue our model,” Haywood added to the San Diego Tribune.

The FDA’s guidelines on restaurants were updated as the CCP (Chinese Communist Party) virus has spread over the past several weeks.

It calls for the “discontinuing” of  “operations” that include “salad bars, buffets, and beverage service stations that require customers to use common utensils or dispensers.”

The closure comes as tens of millions of people have filed for unemployment insurance over the past two months as businesses were forced to shut down.