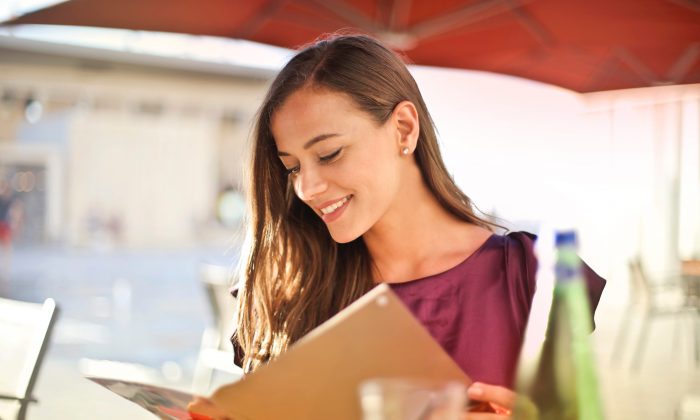 A restaurant in Arkansas is garnering the attention of people on social media after one of its customers posted a photo of its menu.

The restaurant, Mama D’s, located in North Little Rock, has people talking about their menu. Their menu gives diners a decent range of side dishes to choose from including french fries, mashed potatoes, green beans, as well as “my girlfriend is not hungry”—something diner Nick Chisler found amusing.

Chisler posted a photo of the menu option on Facebook and it quickly drew the attention of the internet. The post garnered more than 20,000 and over 3,000 reactions.

“Sooooo I didn’t expect this to reach so many people,” Chisler wrote on his post.

The menu option in question offers diners the choice of adding “extra French fries to your entrée, and fried chicken wings or fried cheese sticks.”

Many people on social media found the menu option relatable.

“All menus need this for me,” one person said.

“They [are] on point with that one lol,” another person wrote.

Across the ocean in the UK, a pizzeria has also caught the attention of the internet after an Edinburgh mother posted a photo of a pizza box lid that contained a joke that she requested to cheer up her sick 6-year-old child, reported Edinburgh Live.

“Pizza place delivers… on pizza and jokes,” the mother wrote in her Reddit post. The post was accompanied by a photo of her request and the joke the pizzeria staff had drawn. It garnered over 450 comments, with many people praising the employee who drew it.

The mother’s note read: “Please can you write a silly joke on the pizza lids – my six year old loves jokes and is feeling unwell 🙂 thanks.”

The pizza box arrived with a drawing of a dog holding a slice of pizza in its mouth and with the caption: “What is a dog’s favorite pizza? PUPERONI!”

A 22-year-old man has made the internet laugh for announcing his resignation with a condolence card.

Sam Baines is resigning from his job at a UK call center to go back to school in September. His way of notifying his boss of his impending departure caught the attention of the internet after one of his colleagues posted photos of his card and message on Twitter. The post garnered more than 74,000 retweets and 426,000 likes as of June 29—two days after it was posted.

The card that Baines’s handed to his employer contained the message, “So Very Sorry for Your Loss” on the front. Meanwhile, the text inside says, “Thinking of you at this difficult time.”

Baines’s also wrote a message inside with his intended leave date: “My last day at work is the 28th July.”

In an interview with Insider, Baines said he was not worried that the card would offend his manager.

“We are a really close team and have a fantastic manager, so we’re always joking around and having fun. I knew I had to do something a little more creative when giving my notice to try and get one more joke in before I left!” Baines told the news outlet.

“I knew my boss would find it funny, so I wasn’t worried about how they’d take it. I came up with the idea because I was always joking about how much they’d miss me when I was gone, then thought a condolences card would be the perfect way to finish it off,” he explained.

Baines’s colleague, Hannah, who posted the card on Twitter, told Insider that the notice was received with “good spirit.”

“Everyone was laughing and pretty amused with the card,” she told the news outlet. Hannah added in her post that a one month notice is normal in the UK.