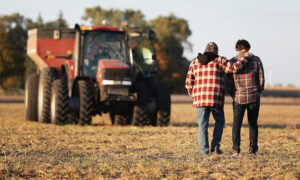 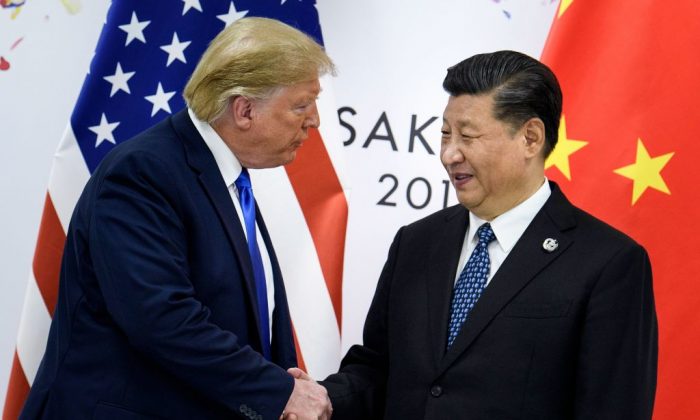 Chinese leader Xi Jinping shakes hands with U.S. President Donald Trump before a bilateral meeting on the sidelines of the G20 Summit in Osaka on June 29, 2019. (Brendan Smialowski/AFP/Getty Images)
US News

WASHINGTON—The new partial trade deal with Beijing fails to address Chinese subsidies, one of the top concerns of the Trump administration and the impetus for starting a trade war, and it will be difficult to ease U.S.–China tensions if the issue of state subsidies remains unresolved, according to experts.

Unfair and trade-distortive government subsidies have become a major problem in the world trading system. And the World Trade Organization (WTO) rules on subsidies have plenty of shortcomings, particularly in responding to the Chinese economic model, according to Chad Bown, senior fellow at the Peterson Institute for International Economics, and Jennifer Hillman, senior fellow for trade and international political economy at the Council on Foreign Relations.

In a paper released in October, Bown and Hillman argued that the WTO should revisit its definition of a subsidy, in light of the activities of nonmarket economies such as China.

“China has important elements of a nonmarket economy and deploys an array of policies that, even though they may not fit the traditional WTO definition, can have the economic effect of a subsidy,” the paper stated.

Such problems aren’t new to the trading system, but “today’s concerns are heightened by China’s economic size and evidence that China is moving even farther from market economy principles.”

In the past decade, through hefty government subsidies, China has managed to create its own national champions in key industries. These include steel, aluminum, and solar panels—industries in which the Chinese regime has been accused of heavy subsidization, according to the paper.

The financial scale of China’s state subsidies is unknown, as is the extent of the spillover costs for the U.S. and global economy.

However, an Organization for Economic Co-operation and Development (OECD) study released in January lays out how Chinese companies operating in the aluminum sector—both state-owned and private—receive unconventional government support in the form of coal and other input subsidies, below-market interest rates, and value-added tax rebates.

These subsidies have helped China in the past 15 years to rise as the leading producer of aluminum by a wide margin, according to OECD. These market practices explain the persistence of excess capacity in the industry that depresses aluminum prices globally and threatens the survival of other producers worldwide.

Remedies permitted by the WTO to counter state subsidies fell short of solving the problems involving steel, aluminum, and solar panels, according to Bown and Hillman. As a result, the Trump administration started imposing tariffs on steel and aluminum imports in 2018, citing national security concerns.

And for solar panels, the administration imposed comprehensive protection under Section 201 of the Trade Act of 1974 to support domestic producers that are harmed or threatened by foreign competition.

The world’s two largest economies announced on Oct. 11 that they had reached a partial trade agreement, in principle, on intellectual property, financial services, and agriculture.

President Donald Trump said that there could be two or three phases in China trade talks. Both sides are actively working to finalize the “phase one” agreement for signature. However, there are still uncertainties about the timing of a bilateral meeting between Trump and Chinese leader Xi Jinping.

It would be “incredibly difficult” if the subsidies were made part of a “phase two” deal, according to Jude Blanchette, Freeman chair in China Studies at the Center for Strategic and International Studies.

China has made no indication of how it would cut state subsidies and, politically, there seems to be no appetite to do that, he said at a press briefing on Oct. 29.

“I think there’s a reason that nowhere in the negotiations have we really gotten close to making a dent in Chinese subsidies,” he noted. “This will be the sticking point. That is what’s going to make this so hard.”