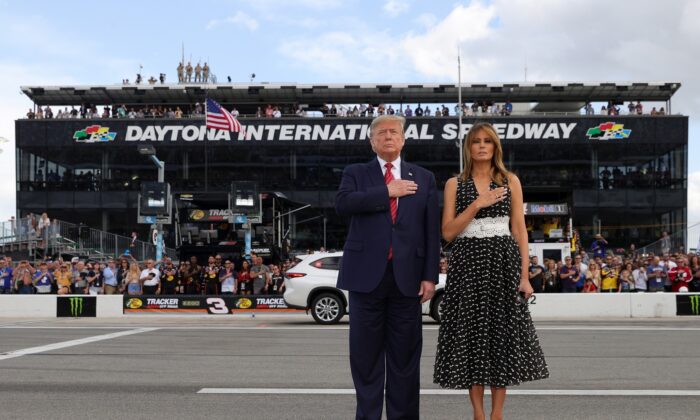 Resistance’s Plague of Sheer Malice Will Fail at Stopping Trump

Already a new attempt by Democrats is underway to distract and harass the president with a pseudo-legal assault. All that can be said is that with each new initiative, the stakes are reduced and the level of public interest declines.

The fraud of collusion between Donald Trump and the Russians in the 2016 election endured for two years. They took advantage of the new attorney general, Jeff Sessions, who had given innocuously mistaken answers to questions about contacts with the Russians in his confirmation hearings, and they caused him to recuse on all matters to do with Russia.

This Godsend left the president completely defenseless against the inquiry that James Comey, when he was fired as director of the FBI, generated by improperly leaking a memo, the contents of which are contested and were probably government property.

The ensuing inquiry of special counsel Robert Mueller, almost entirely staffed with political enemies of the president, did everything to goad the notoriously impatient president into an action that could be construed as obstruction of justice. It must rank as one of the great acts of forbearance in U.S. presidential history that he cooperated so completely with this malicious and redundant inquiry.

The retirement of two Never Trump Republican senators (Tennessee’s Bob Corker and Jeff Flake of Arizona) and the death of Sen. John McCain (R-Ariz.), and a net gain of two senators at the midterm elections enabled Trump to fire Sessions and replace him with a serious attorney general, William Barr.

A former holder of the post (under George H.W. Bush), Barr required the inquiry to produce its conclusions. These were a complete exoneration, with a final somewhat desperate attempt to incite an obstruction charge.

When the militantly anti-Trump chairman of the House Judiciary Committee, Rep. Jerry Nadler (D-N.Y.), had the poor judgment to call Mueller as a witness, it became clear that Mueller had only a vague idea of the facts. He was a respectable front for a disgraceful assault on the presidency.

The Mueller fiasco had just crumbled and the clouds of dust were still settling, when Trump called the president of Ukraine and mentioned, well after more conventional matters, that the United States would like to know what really went on with former Vice President Joe Biden’s son Hunter receiving $83,000 a month from a notoriously corrupt Ukrainian natural gas company (Burisma) for no apparent value received, at a time when the vice president was the person in the Obama administration responsible for policy toward Ukraine.

As all the world knows, a “whistleblower” came snorting out of the White House undergrowth, having heard an account of the conversation, (in which Trump asked for the facts, not a pre-cooked accusation of corruption). A new controversy was quickly torqued up to an impeachment inquiry, in which the president wasn’t allowed the presence of his counsel or the right to call or examine witnesses, and this burlesque rolled out two articles of impeachment (abuse of office and contempt of Congress by non-cooperation).

These aren’t impeachable offenses, and no probative evidence was adduced that they occurred. But they were enough to enable the Trump-hating media to whip the Trump-haters in the public into a lather of recriminations, and this absurd case was sent to the Senate for trial. There wasn’t much suspense about the outcome, but a considerable controversy was raised over the majority of senators declining to call witnesses that the House, which conducts such investigations, had declined to seek, but which Democratic senators now demanded the Republican majority to subpoena.

The television ratings for the impeachment hearings were lower than the competing afternoon soap operas; the best efforts of the national political media to incite outrage against the president were unavailing, and his approval rating moved up several points.

I was one of those who dared to hope that the Democrats would now be resigned to try to elevate a plausible candidate and remove the president in the old-fashioned way, through the ballot box. My hopes weren’t well placed.

A new effort is being made to attack the attorney general. The Democrats are addicted now to having the president lumbered with some legal challenge that their nasty parrots in the national political media can sell as a serious question over the president’s legitimacy. In the latter days of the Mueller fiasco, the president’s sometime political assistant Roger Stone was arrested and charged with lying to federal officials, obstruction of justice, and witness tampering.

This wasn’t effected by advising the suspect’s counsel and arranging for him to attend at the appropriate place and be processed as an accused person. Rather, (after notice had been given to CNN), in January 2019, 29 federal officers in battle gear, armed with M-16 machine guns, descended in the darkness at about 6 a.m. by car, boat, and helicopter on Stone’s home in Fort Lauderdale, Florida, and the 66-year-old accused, with no previous charges, and without a gun or passport, was routed out of bed at machine gun-point and conveyed downtown to be charged.

When his prosecutors last week recommended that Stone be sentenced to seven to nine years in prison, Trump tweeted that this was outrageous. It turned out that the Justice Department had already internally rejected the sentence request as excessive, and the prosecutors resigned from the case in response. Barr told an interviewer that the president’s tweets were “making it impossible for me to do my job.”

Other than saying, through his press secretary, that he had the same right to self-expression as anyone else, the president has since been uncontroversial, but the minor incident has been sufficient for the Resistance to sound reveille again. Some Democratic senators and former Justice Department members have both produced petitions demanding that Barr resign.

Barr is of an age where he seeks no further office, but only returned to public life because he wants to get to the bottom of how the president’s campaign was subjected to illegal surveillance based on false accusations contained in a dossier commissioned and paid for by the opposing campaign (the Steele dossier). In addition, he’s seeking to uncover how a two-year investigation of an unfounded charge of collusion with a foreign power to rig a U.S. election was brought to life and riveted on the back of an administration for two years.

This new endeavor won’t get as far, even, as the spurious impeachment. But it reminds us of the mentality of the Resistance. These aren’t just people who disapprove of Trump; they are so afflicted by hatred of the president that they want to destroy his presidency without an election, no matter what damage is done to the institution of the presidency and to the country.

The leaders of the Resistance are too intelligent to believe that Trump colluded with the Russians, or that he really was using taxpayers’ money to obtain a defamatory allegation against Biden to assist Trump’s reelection campaign, or that Barr is anything but a completely reputable and honest justice official of perfect integrity and great experience.

The leaders of the Resistance unleash their followers out of sheer malice, a bloodless version of the terrorist leaders who avail themselves of the suicide martyrs, while hiding in comparative comfort and safety themselves.

House Speaker Nancy Pelosi, Reps. Jerry Nadler and Adam Schiff, Sen. Chuck Schumer, and the others all know their allegations are unfounded. But they think nothing of conducting this unceasing and thoroughly dishonest struggle against the constitutionally elected leader of the country.

A more complicated case is Sen. Mitt Romney (R-Utah). He also couldn’t possibly believe that Trump was guilty of the high crime required by the Constitution to convict him, but claimed that as a religious man, his oath before God required such a vote. He betrays an animus that is difficult to reconcile with such piety.

It won’t work, and will fizzle quickly. Trump is likely to be reelected, at which point the insurrection of the Resistance must surely lose heart. But its occurrence is like the appearance of a deadly illness that has threatened the republic, and like Albert Camus’ plague, its bacillus could return at any time.