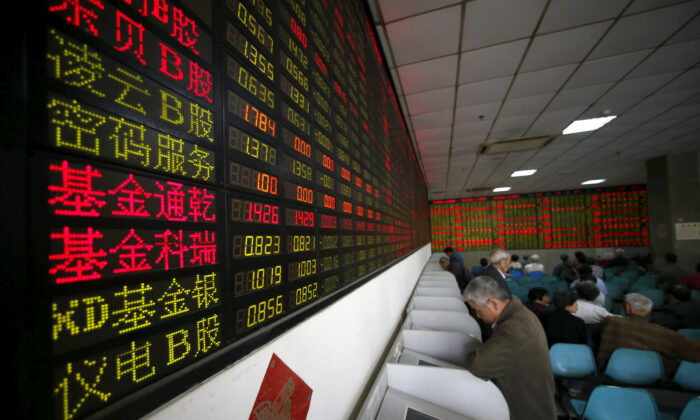 Numerous independent directors of companies listed on the Shanghai and Shenzhen stock exchanges have resigned after the conclusion of the Kangmei Pharmaceutical trial, which found the health care company guilty of fabricating its financial statements.

The court also ruled that Kangmei’s executives and board members are also liable and must compensate investors.

The verdicts of the first trial against Kangmei Pharmaceutical Co. Ltd., a billion-dollar financial fraud case in China’s A-share market, were announced Nov. 12. The Guangzhou Intermediate Court ordered Kangmei Pharmaceutical to pay more than 50,000 investors $384 million in compensation for their investment losses. Nineteen directors, supervisors, and senior executives were found to be jointly liable for organizing and carrying out financial fraud and falsely disclosing information.

Ma Xingtian, former chairman of Kangmei Pharmaceutical, was sentenced on Nov. 17 to 12 years in prison and fined for a range of crimes, including stock market manipulation, illegal information disclosure, and failure to disclose important information. Twelve other executives of the company were also sentenced to prison terms and fined for their involvement in related crimes.

The class-action lawsuit is notable not only due to the large number of participants backing it but for the unprecedented amount of damages awarded.

It has appeared that the verdict has triggered a wave of resignations of directors, supervisors, and senior executives in many of China’s A-share listed companies, seemingly so to avoid a similar fate as the heads of Kangmei Pharmaceutical.

According to incomplete statistics, members from at least 123 listed companies, including 62 on the Shenzhen Stock Exchange, 59 on the Shanghai Stock Exchange, and two on the Beijing Stock Exchange, submitted their resignations during Nov. 12 to 21, state-run China Economic Weekly reported.

Of the 165 members who resigned, a significant number did not serve their full terms, and most cited “personal reasons.” More than 10 companies had over three resignations, including two companies with five resignations.

A statement from listed Ginwa Enterprise said it had received a written request from one of its independent directors, to “disclose her resignation as soon as possible.” Ginwa Enterprise, reportedly, is also embroiled in lawsuits over information disclosure and false statements.

However, submitting a resignation doesn’t mean resigning successfully. If the relevant positions of the board of directors and the board of supervisors are less than the quorum and are making the company fail to operate normally, the company must ask the applicant to remain on the board. The notice of resignation will not officially take effect until a successor takes over.

In this wave of resignations, the highest proportion involves directors’ posts. Eighty-six directors of listed companies announced their resignation, accounting for nearly 42 percent, most of which are independent directors.

An independent director, also known as an outside director, is supposed to contribute to the board from the perspective of an objective, independent, and unbiased stance. Independent directors aren’t directly involved in management issues, which allows them the opportunity to focus solely on board matters.

According to a commentary in the state-run China Securities Journal, independent directors lack independence and are mostly hired through personal connections. Lacking professional knowledge and practical experience, they find it difficult to make independent judgments and objective suggestions on the company’s business decisions. Furthermore, because of the low income offered but the high levels of responsibility, they are not well motivated, the article said.

Data from Wind, a Chinese financial data company, shows that the average annual salary of an independent director in A-share markets in 2020 was about 84,000 yuan ($13,125).

Four of the five are university professors. They were paid about 100,000 yuan ($15,625) a year by Kangmei. The damages they will have to pay are a colossal sum of money compared to their incomes. The court ruled that although their faults were relatively minor, they were jointly and severally liable because they signed Kangmei’s annual report.

As of press time, the number of resigning directors, supervisors, and senior executives is still growing in China.