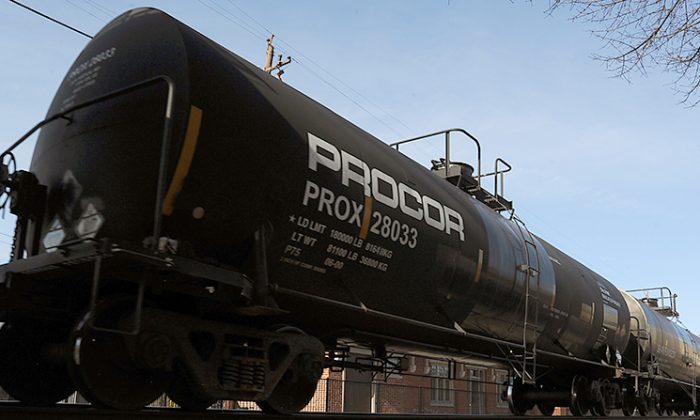 Residents of Bartow, Georgia, are returning to their homes, which they fled after a train derailment released toxic chemicals.

Some 500 homes had to be evacuated after a Norfolk Southern freight train derailed near Bartow shortly after 8 p.m. on the night of Jan.6.

According to WRDW, some of the train’s chemical tank cars split open, spilling hydrogen peroxide and hydrochloric acid that spread in a toxic cloud from the crash site.

Update on Bartow, Ga., train derailment: it has been confirmed that Hydrogen Peroxide was released. There is no indication of a chlorine leak at this time. The investigation is ongoing.

The train included tank cars carrying chlorine, but none of those ruptured.

Initially, everyone within seven miles of the derailment site was ordered to leave. Shelters were set up at various sites including Cross Community Church Jefferson County Recreation Center in nearby Louisville, about 10 miles from Bartow, and at Mt. Moriah Campground in Matthews.

The evacuation order was lifted by 9:25 a.m. on Jan. 7, even though emergency crews were still cleaning up the spills.

Last night, dozens of first responders answered the call to assist in the evacuation of residents that were potentially…

None of the residents near the wreck were hurt by the toxic cloud, but four first responders had to be hospitalized.

Sgt. M. Hudlow, Cpl. D. Kurtz, Dep. B. Brown and Bartow Chief of Police J. Jones were taken to Jefferson Hospital after reporting ill effects from being exposed to the toxic chemical cloud while going door-to-door to warn people to leave their homes.

Hudlow was transported by ambulance to the Joseph M. Still Burn Unit at Doctor’s Hospital in Augusta. At the time of publication, he was still being treated for chemical exposure.

Kurtz was flown by medical helicopter to Doctor’s Hospital Burn Unit. He is currently still being treated.

Brown was treated for chemical exposure and was released by the Jefferson Emergency Room staff.

The current status of Jones is unknown.

The attached photo shows the evacuation area in yellow. It is a 3 mile radius from the derailment site. Norfolk Southern…

Norfolk Southern Railroad is offering to pay for expenses incurred by people forced to leave their homes on Jan. 6 because of the chemical spill following the train derailment.

The train company is also working with an NGO, the Center for Toxicology and Environmental Health, to track levels of hydrochloric acid and hydrogen peroxide in the affected area.

Evacuees were asked to bring receipts and proof of residence to the Jefferson County Emergency Services center in Louisville.

The company does not seem to be trying to minimize the impact of the wreck and the subsequent evacuation.

One couple from Bartow told WRDW that though they only had $150 in receipts, Norfolk Southern wrote them a check for $500.

“I love my life and I’m not ready to go nowhere,” Davis added.

According to local officials, it could have been a lot worse, reported WRDW, adding that people in Jefferson County are happy they’re not reliving the Graniteville tragedy in South Carolina.

Two Norfolk Southern trains collided in 2005 in Graniteville, resulting in nine deaths and over 250 treated for toxic chlorine exposure. The accident was determined to be caused by a misaligned railroad switch.