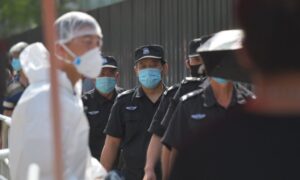 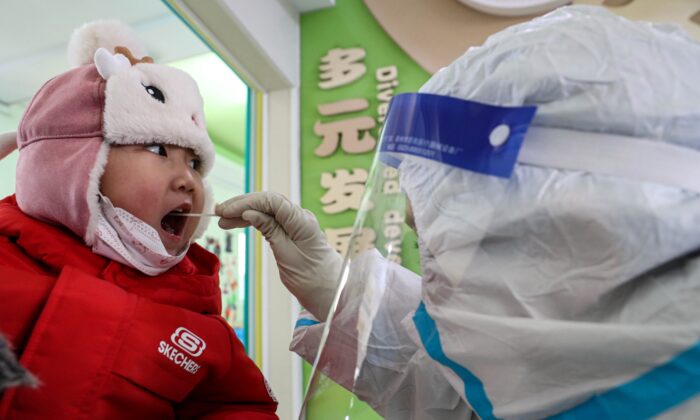 Shenyang city, the capital of China’s northeastern Liaoning Province, remains one of China’s hotspots of the CCP virus outbreak. Local officials have declared some residential areas to be low-risk, but community officials have extended the lockdown period—to many citizens’ dismay.

On Jan. 11, local authorities declared that they had downgraded three residential compounds from medium-risk to low-risk, including the eastern section of Xianggong, phase 1of the Yihai Sunshine community, and Xishui Street No. 1 Building.

However, community officials are hesitant to lift restrictions and have extended the lockdown to seven days.

The decision has sparked outrage among residents, who have already self-quarantined at home for 14 days.

A resident surnamed Wang who lives in Tiexi district shared his frustration with The Epoch Times.

He believes that it is irresponsible for local authorities to allow large crowds to gather at COVID-19 testing sites because it could increase the risk of infection.

“But, if you voice your concerns, you’ll be detained. In this country, you’re unable to speak out. There’s no such a thing as the rule of law in China,” Wang sighed.

The third round of mandated nucleic acid testing is now underway in three districts of Shenyang, including Huanggu, Tiexi, and Yuhong.

Stores Run Out of Food

Tiexi district is currently locked down. Wang said that all the government offices in Huanggu district are closed. Buses have stopped operating. Local authorities have urged residents to stay home.

Wang said that the stores in Tiexi district have run out of food supplies, except for milk. Many residents have to order food or meals online.

He is concerned about the elderly and disabled people who live on their own and don’t have anyone to look after them at this time.

Woman Stranded in a Hotel Room

A local surnamed Liu complained on Chinese social media and posted a comment on Jan. 11 about the poor management at a quarantine facility in Shenyang’s Huanggu district.

Liu has been staying at a hotel and she was not allowed to leave after she completed her quarantine. When she contacted her local community, officials couldn’t give her an answer. According to Liu, the medical team at the quarantine facility did not assist her and told her that she had to wait to get clearance from upper management.

However, Liu found out that she couldn’t get the tests done right away because she had to be placed on a waiting list, and the tests are administered once every two days.

Liu said she felt hopeless and didn’t know what to do next.

Living Under Lockdown Is Costly

Wang believes that quarantine facilities can make a lot of money because people have to pay quarantine fees out of their own pockets.

According to a video released on Chinese social media on May 16, lodging fees for each quarantined person in Shenyang varies from hotel to hotel, ranging from 170 yuan (about $26) to 300 yuan (about $46) per day.

Hospitals that administer nucleic acid tests for the quarantined people charge additional fees, including 110 yuan (about $17) for registration, and 60 yuan (about $9) for lab tests, according to a document issued by Shenyang’s health commission on April 23.