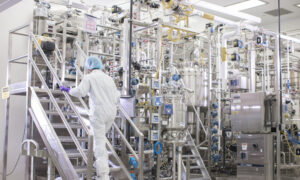 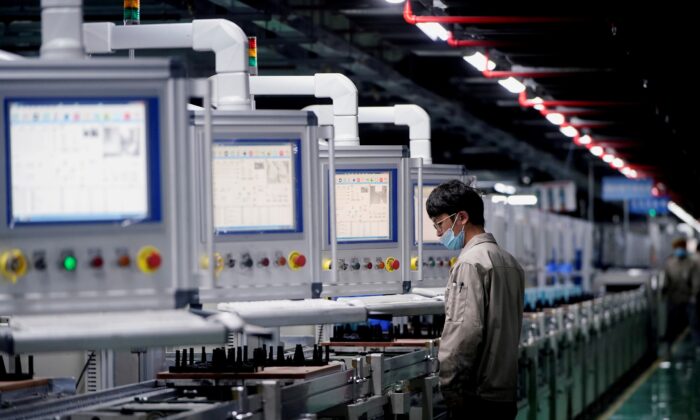 Reshoring: What Companies Consider for Moving Production to US

From the onset of the pandemic to fluctuations in cost and efficiencies, a growing number of companies have been thinking about bringing their overseas operations closer to home.

Among North American manufacturers, 83 percent state they are likely or extremely likely to reshore, according to the “2021 State of North American Manufacturing Annual Report” by Thomas, an industrial sourcing platform. That percentage is significantly up from March 2020, when 54 percent of manufacturers reported that they were considering taking steps to reshore.

Shifting operations to the United States could spark an influx of funds and jobs throughout the country. If manufacturers that have plans to reshore take on at least one domestic supplier, the change could inject up to $443 billion into the economy, per the 2021 Thomas report. Before making any moves, however, it can be helpful to weigh the pros and cons of a reshoring decision.

When comparing offshore and onshore locations, it’s important to keep a picture of the whole cost in mind, experts say. It can be easy to overestimate potential savings from overseas operations by 20 to 30 percent if companies focus on price rather than actual offshoring costs, according to the Reshoring Initiative. The total cost of ownership “includes expenditures such as transportation, intellectual property risks, and inventory carrying costs,” Katie Hodge, content director at Generator Magazine, an independent magazine for electric generators and battery-powered stations, told The Epoch Times.

Transportation expenses can vary greatly within the United States, depending on the location of raw material sources and where finished goods are shipped. “Given truck driver and equipment shortages, as well as environmental tendencies, it may be beneficial to investigate alternative forms of transportation, such as rail,” Hodge said. Utility services also have rates that can be very different in one spot versus another. “Power prices can range from about 4 cents per kWh to over 12 cents per kWh, a difference of millions of dollars per year for major customers,” Hodge said. Water quality and availability fluctuate heavily, and companies will find rates and capacity levels vary significantly from one location to another.

While creating goods within the United States could save companies money on import taxes, other costs like labor and real estate could make the overall price go up higher. Robin Brown, CEO of custom pin supplier Vivipins, believes producing in China is better for his business. “It is still inexpensive to do so even if tariffs are applied to imports coming into the U.S.,” he told The Epoch Times.

The way consumers view a product can greatly sway their purchasing decision. If packaging is a key component to drive sales, you’ll want to anticipate how relocation could impact a product’s final look. “Various countries have different packaging regulations, so make sure you’re following them,” Adam Wood, co-founder of RevenueGeeks, a website which evaluates selling products, told The Epoch Times. “Recognize that in some locations, packaging must comply with sustainable standards, and that packaging is an important aspect of your marketing strategy.” Many developed countries, for instance, require warning labels to be placed on cigarette packages.

For products that don’t typically change or require customization, it may make sense to keep production overseas. This often only works, however, if these items aren’t needed for emergencies and can be held in inventory for extensive lengths of time. “Offshore operations require more inventory,” Dr. Lisa Lang, owner of ReshoringMFG, told The Epoch Times.

Products that have customized components or need to be changed more frequently might do better closer to home. “Inventory carrying costs and obsolescence are known concerns but less obvious are the impact on agility,” Lang said. With operations overseas, three to six months lead time may be needed to make a single change. With domestic processes, companies could keep lower levels of inventory, follow through on adjustments quickly, and customize components more easily.

Several decades ago, U.S. manufacturers spotted lower wages in other economies—a significant lure to shift operations to these less expensive areas. Recently, however, pay rates have increased in many developing countries, diminishing the potential savings. Furthermore, “When it comes to taxes and employment, many countries and areas have distinct rules,” Gerrid Smith, chief marketing officer at Joy Organics, told The Epoch Times. The United States has rigorous rules for employee safety through the Occupational Safety and Health Administration. “In Mexico, there are several distinct authorities in charge of employee safety, each with its own set of standards that can be conflicting,” Smith said.

Regardless of where business operates, experts say companies have to meet regulatory requirements for workers, and it’s worth carrying out an exercise to forecast potential worker scenarios before making a decision. Companies may find that in the United States, with its higher wages and employee safety standards, the overall cost of production remains lower than in other places, due to the shorter distribution routes and increased agility they will gain.

“You can’t afford to ignore these regulatory requirements, as they have an impact on everything from employing personnel in each country to properly completing your tax reports,” Smith said, whose company currently operates within the United States.