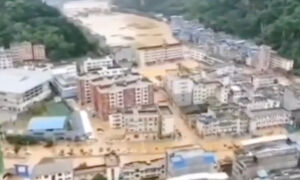 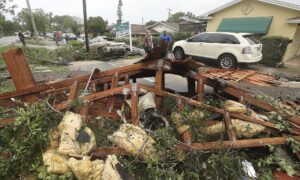 Reservoirs in Southern China Are Collapsing, Heavy Flooding in 11 Provinces

In southern China, there are currently about 148 rivers in danger of flooding. Floods have inundated Guilin City. A large number of residents near the Guilin Reservoir in Guangxi began to evacuate. They are worried that the reservoir might collapse. Since June 1, steady torrential rain has drenched 11 provinces and regions in southern China, affecting 2.627 million people. Meanwhile, 230,000 people were forced to evacuate. Affected areas include Guangxi, Guangdong, Fujian, Zhejiang, Jiangxi, Hunan, Guizhou, and Yunnan. Heavy flooding has caused the collapse of houses and roads, landslides, and damage to crops. The flooding disaster continues to expand.