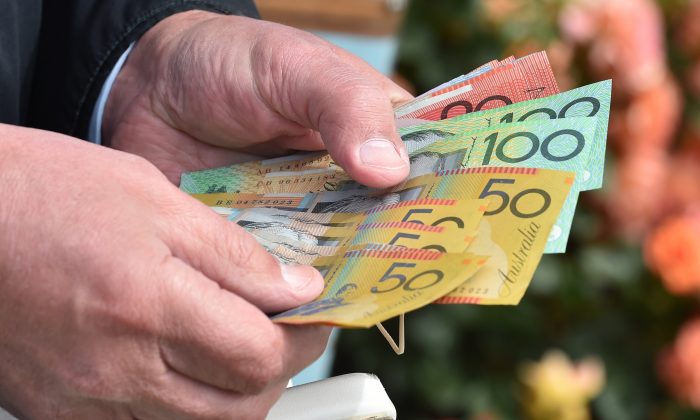 The Reserve Bank of Australia just revealed the design of the new $50 banknote on Feb. 15 which is expected to be released into general circulation later this year, according to a statement.

The banknote will feature portraits of Aboriginal writer and inventor David Unaipon and the first female member of an Australian parliament, Edith Cowan.

The #new50 is coming in October, see what it looks like – https://t.co/bloQoZ7OVB

Governor Philip Lowe said there will be improved security features on the new $50 note.

“Improved security and ease of recognition underpin the design of the new $50 banknote. With the release of the $5 and $10 during the past two years, we are confident the Australian public are becoming familiar with the new banknote security features,” Lowe said in the statement.

The note will also feature a top-to-bottom clear window that contains dynamic features such as a reversing number, a patch with a rolling-colour effect, and microprint that features excerpts from David Unaipon’s book and Edith Cowan’s maiden parliamentary speech.

Explore all the features on the #new50 – https://t.co/PVKqZ5N5xV

“David Unaipon and Edith Cowan were campaigners for social change and we are proud to continue featuring them on the $50 banknote. The new banknote provides the opportunity to tell more of the rich story behind these distinguished Australians,” Lowe said.

A number of design elements which will help tell the stories of Unaipon and Cowan will also be included — such as shields from Unaipon’s Ngarrindjeri nation and the practices of miwi (our inner spiritual connection to our lands, waters, each other and all living things, passed down since Creation) and navel cord exchange about which Unaipon wrote.

The gum nut brooch that Cowan had made to symbolise how entry into Parliament was a ‘hard nut to crack’ for women will also be featuring on the note, as well as a picture of the King Edward Memorial Hospital, a women’s and maternity hospital that she helped to establish, read the statement.

The new banknote will also include illustrations of the Acacia humifusa wattle, found in the Kimberly region, and the black swan that is the totem animal (ngaitji) of Unaipon’s Ngarrindjeri clan as well as a native of Cowan’s home state of Western Australia.

The Reserve Bank anticipates the notes to be in circulation by October this year, while existing $50 banknotes can continue to be used. The bank also said it is expecting to upgrade the $20 banknote in 2019.