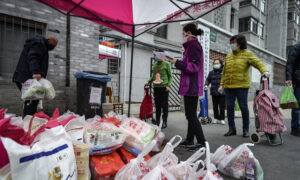 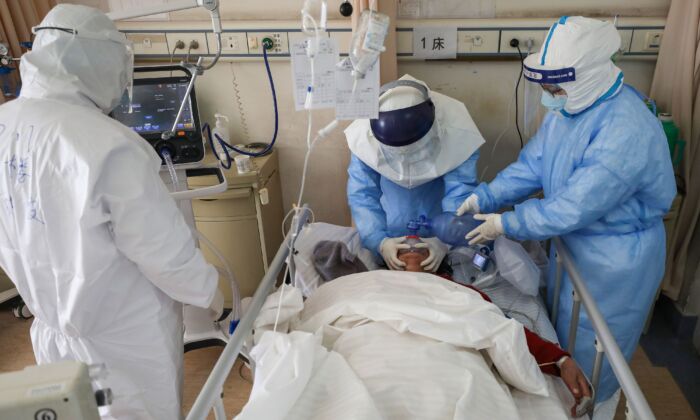 Researchers: Woman Who Showed No Symptoms of Coronavirus Proves That Prevention Will Be ‘Challenging’

A new study by Chinese researchers published in the Journal of the American Medical Association has provided fresh evidence that the coronavirus disease, dubbed COVID-19, can be spread asymptomatically, suggesting that preventing the virus may prove to be a challenge.

The study, published on Feb. 21, confirmed that a 20-year-old woman from the central Chinese city of Wuhan, where the disease first broke out, traveled 400 miles north to Anyang City in January, where she infected five members of her family.

A scan of her chest by doctors showed no significant abnormalities, and her first coronavirus diagnostic result was negative. However, her second test came back positive, despite her displaying no symptoms whatsoever.

Meanwhile, five of the woman’s family members developed “moderate” COVID-19, and two developed severe pneumonia, according to Dr. Meiyun Wang of the People’s Hospital of Zhengzhou University and colleagues who conducted the study.

Researchers noted that a previous study published in the Lancet medical journal in January reported an asymptomatic 10-year-old boy but said that “abnormalities on chest CT [scan]” at least hinted that he might have the virus.

The boy and five family members traveled to Wuhan from Shenzhen City in southern China, between Dec 29, 2019 and Jan 4, 2020.

While his parents and grandparents fell ill and were treated after they returned to their hometown, the 10-year-old displayed no symptoms and was only diagnosed with the virus after a CAT scan of his lungs revealed he had radiological ground-glass lung opacities, a term used to describe an area of increased attenuation in the lung.

“If the findings in this report of presumed transmission by an asymptomatic carrier are replicated, the prevention of COVID-19 infection would prove challenging,” the researchers wrote, adding that the “mechanism by which asymptomatic carriers could acquire and transmit the coronavirus that causes COVID-19 requires further study.”

Earlier this month, Dr. Robert Redfield, director of the U.S. Centers for Disease Control and Prevention, told CNN that the number of asymptomatic transmission cases of the novel coronavirus has been increasing.

“What we don’t know though is how much of the asymptomatic cases are driving transmission. What I’ve learned in the last two weeks is that the spectrum of this illness is much broader than was originally presented. There’s much more asymptomatic illness,” Redfield said.

“A number of the confirmed cases that we confirmed actually just presented with a little sore throat,” he added.

Over two thousand people have died from the virus, mostly in China, with over 60,00 infected. But experts and eyewitness accounts have indicated that the true number of cases and deaths in China is far greater than officially reported.