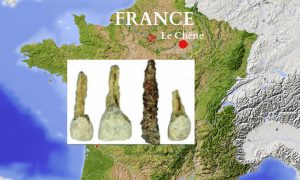 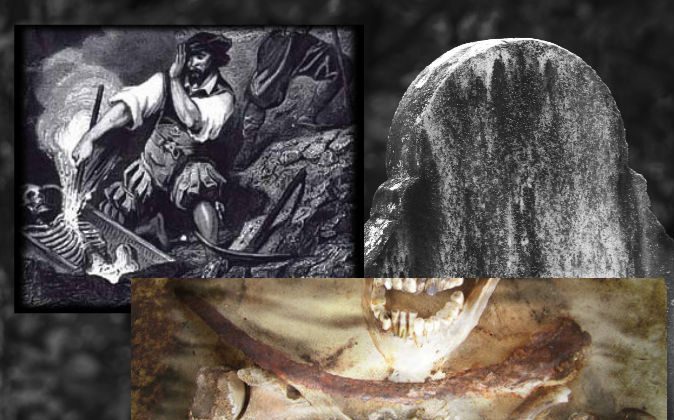 Researchers have examined the skeletal remains of 17th century graves in northwestern Poland and have speculated that the ones given vampire burials may have actually been cholera victims, explaining the extra precautions the villagers took in dealing with their bodies.

Lesley Gregoricka from the University of South Alabama and colleagues have published a study in the journal PLOS One, detailing the apotropaic burials (involving rites and items designed to avert evil), and how they relate to the vampire lore of Eastern Europe.

Such popularly named “vampire graves” occurred predominantly in the post-medieval period and across the continent–Czech Republic, Slovakia, Italy, Ireland, and Greece to name only a few locations. Bodies are often found to have strange items buried with them or on them. Some have iron stakes driven through their torsos, yet others have bricks or stones found in their mouths. Some have stones placed on their necks. These apotropaic symbols and artifacts were used to ward off evil influences, a magical practice that existed around the globe throughout history.

A thread connects most of these burials, including the graves found at Drawsko in northwestern Poland, in that they seem to have suffered through epidemics, or illnesses.

According to DiscoveryNews, between 2008 and 2012, 285 human skeletons were unearthed in Drawsko. The remains date to the 17th and 18th centuries, and are made up of all ages, and both sexes. Among the 285 are six vampire burials: one adult male, three adult females, and two youths – one female, one gender unknown.

Gregoricka, in the PLOS One study, writes of the burials, “Of these six individuals, five were interred with a sickle placed across the throat or abdomen, intended to remove the head or open the gut should they attempt to rise from the grave.” These practices were purposeful treatment of the dead, who were considered at risk of becoming vampires and returning to the village to feast on the living or infect the healthy with their curse.


During earlier excavations it was suspected that the bodies of the so-called vampires might have been immigrants and, as outsiders, were blamed as the cause for strange illness and death–phenomena that could not be explained at the time.

To see if the apotropaic burials were used mainly on immigrants, the research team “tested permanent molars from 60 individuals, including 6 ‘special’ or deviant burials, using radiogenic strontium isotope ratios from archaeological dental enamel. They then compared the results to strontium isotopes of local animals,” writes Archaeology News Network. Contrary to earlier guesses, the test results revealed that all the vampires were local, and some immigrants were buried in the typical manner with other villagers.

Trying to reason why the villagers selected the few for special burial, the research team suspects that it was cholera, prevalent and misunderstood at the time, which compelled the townspeople to ensure the dead would not rise from their graves. Cholera is an often-deadly bacterial infection spread through contaminated drinking water, but due to ignorance, was likely seen as a supernatural phenomenon that could only be stopped with rituals and specific burial practices.

In the study abstract, Gregoricka and colleagues posit, “Cholera epidemics that swept across much of Eastern Europe during the 17th century may provide one alternate explanation as to the reason behind these apotropaic mortuary customs, as the first person to die from an infectious disease outbreak was presumed more likely to return from the dead as a vampire.” However, for now this theory remains unproven.


Biological anthropologist Kristina Killgrove agrees that cholera could be an explanation for the post-medieval Polish graves, reports DiscoveryNews. She notes, however, “Unfortunately, cholera leaves no marks on bone, so it’s not possible to tell by looking at the skeletons whether or not they suffered from the disease.”

The research team from the University of South Alabama will continue studies on the skeletons to see if the mysterious vampire burials can finally be explained.