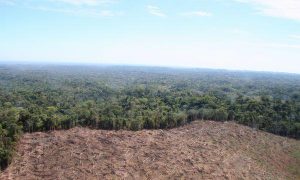 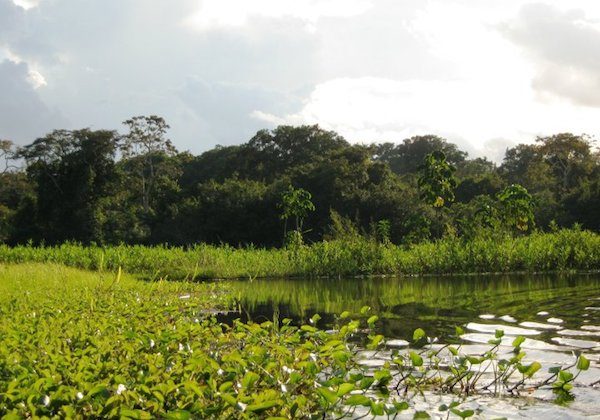 The study found Peru's rainforest areas tended to be better protected than its coastal and Andean regions. Photo taken in the Amazon rainforest near Iquitos, Peru, by Morgan Erickson-Davis.
Environment

In a study published recently in PLOS ONE, researchers examined Peru’s network of protected areas. They found that many of these don’t exist in the areas most important for preserving the country’s biodiversity and addressing its threats, and suggest alternatives to make the system more effective.

For a more realistic and long-term solution to filling conservation gaps in the current system, the study prioritized proposed conservation areas using three criteria: selection frequency, vulnerability, and connectivity. Selection frequency represents the importance of a proposed area under various conditions, vulnerability highlights impacted areas with a higher urgency for protection, and connectivity aims to identify areas that maximize movement across protected areas. The authors highlight connectivity as particularly important for species that have large territories and that may not be holistically protected through a single protected area.

The study further identifies 94 areas of maximum suitability for conservation across Peru. Together, they represent almost 160,000 square kilometers or 12 percent of the country – which is roughly the same amount of area already under protection. While 66 of the proposed areas are independent from existing protected regions, 28 are extensions of current protected areas and nine of them could act as corridors between existing reserves. Among these are 26 high priority areas that lie mostly in the coastal and Andean regions of the country, especially towards the north. Most of the Amazonian areas were categorized as low priority because the human impact is far higher in the coastal area, for example, where five of Peru’s largest cities lie.

One of the main problems encountered during the course of this study, lead author Javier Fajardo told mongabay.com, was the lack of available open access and digitized information on biodiversity distribution.

“We had to construct the biodiversity distribution information based on statistical models that relate the presence of the species to environmental factors that are favorable for the presence of the species, and that is one of the big achievement (sic.) of the paper,” Fajardo said. “It is said that conservation is a science of urgency, so we need to start working on the available data even if it is not perfect.” Although this study accounted for over 2,800 species, Fajardo claims it is only a small percentage of all Peruvian species that have been described. “In my master thesis defense, a mycologist doctor on the tribunal was upset that I did not include fungus in the analyses. It had been impossible, because the scientific community lacks the knowledge for that,” he said.

Like several other studies before it, this study too finds Peru’s national system of protected areas does an inadequate job of protecting biodiversity. Additionally, with evident conservation gaps in the three geographical zones, the need for creating new reserves to complement existing ones is emphasized. It also indicates that the protected area network is biased towards the Amazon ecosystem and humid forests, and calls for a more balanced, representative system.

Fajardo believes that nations would be better off improving the effectiveness of existing reserves before bringing in more area under protection. “In general, I think of PAs (protected areas) as a kind of auto-imposed condition that we human (sic.) create to hold ourselves a little back from using natural resources. So, in essence, I think they are good and I believe in them.”

However, the study is not without its caveats. The authors acknowledge its algorithms only consider connectivity at a basic level.

“That’s the reason why I incorporated it as a post-hoc analysis,” Fajardo told mongabay.com. Fajardo thinks connectivity is probably the most important factor in conservation planning and can take it to the next level. “I have spent a lot of time thinking about how to incorporate connectivity to the very core of site selection algorithms,” he said, but he hasn’t yet found a better solution possibly because it isn’t easy to achieve using his current programming skills. “Considering connectivity to prioritize (as we did) is something good, but it would be better to consider it in the selection – I mean, to make connectivity a key element influencing the selection.”

Expressing his alarm over the lack of protection for threatened species, Fajardo stresses the importance of having a well-connected, efficient protected area system in place to safeguard the future of some of these species. “It is the case of iconic species, such as the condor, the jaguar or the puma. You cannot save the species in the country with a single protected area. They have very large requirements in terms of area,” he said.

Conservation planning, Fajardo says, has proven to be beneficial in developed countries like Australia where scientific findings have been given due importance in the decision-making process. “Planning conservation always results in positive outcomes: expenses can be reduced and benefits can be increased.”

This article was written by Apoorva Joshi,  a correspondent writer for news.mongabay.com. This article is the second in a series of two, discussing this Peruvian protection issue. Link to the first original article here, and link to the second part of the article here.