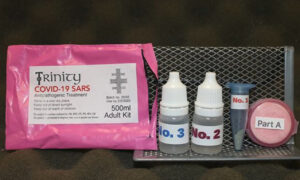 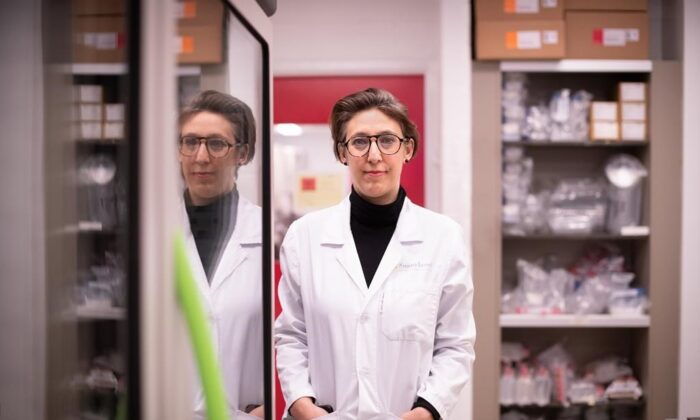 Dr. Samira Mubareka poses in this undated handout photo. The ongoing fight against the COVID-19 pandemic could get a boost if Canadians paid more attention to the relative humidity levels in public and private spaces, according to a growing body of international research. (The Canadian Press/HO - Sunnybrook Hospital)
Canada

Researchers Look at Humidity in Fight Against Airborne Viruses

The ongoing fight against the COVID-19 pandemic could get a boost if Canadians paid more attention to the relative humidity levels in public and private spaces, according to a growing body of international research.

Doctors, scientists and engineers agree that sufficient indoor air moisture levels can have a powerful but little-understood effect on the transmission of airborne diseases. While the novel coronavirus that causes COVID-19 is currently treated as one that’s transmitted through droplet infection rather than the air, research on exactly how it passes between humans is still underway.

Most buildings, however, fall short of the recommended threshold of 40 to 60 percent relative humidity, particularly in countries with colder, dryer climates such as Canada.

Addressing the issue now, they contend, could confer some immediate short-term benefits and offer a powerful tool for warding off similar epidemics in the future.

“Transmission is greater in dry air, infectivity is higher in dry air, and the ability of a human being to fight infection is impaired,” said Dr. Stephanie Taylor, a graduate of and lecturer at Harvard Medical School. “Any one of those would be important, but all three of them are in play.”

Taylor concedes that the notion may seem counter-intuitive, saying the idea of humidity conjures images of fetid swamps and disease-bearing mosquitoes. But she said a growing body of research has suggested that relative humidity levels that are much more comfortable for humans offer a host of benefits.

She said airborne particles carrying viruses can travel farther in air that isn’t sufficiently hydrated. For reasons researchers are still probing, she also said viruses seem to be more infectious in those dryer conditions as well.

Dr. Samira Mubareka, a medical microbiologist at Toronto’s Sunnybrook Hospital and a member of a team that isolated the novel coronavirus, previously helped conduct research on the effect of temperature and humidity on influenza strains.

“It was in that range of 50 to 60 (percent) where we saw the least amount of transmission,” she said.

Karen Bartlett, a professor at the University of British Columbia’s School of Population and Public Health, said proper hydration is necessary to ensure the health of everything from mucus membranes to eyes and skin.

“If we are between that 40 and 60 [percent] relative humidity, we are also protecting our buildings and making it more comfortable for us,” she said.

But according to the international body that sets standards for the built environment in many countries including Canada, those benefits can’t be obtained in the majority of public and private buildings.

Robert Bean, a Calgary-based indoor climate consultant and distinguished lecturer with the American Society of Heating, Refrigerating and Air-Conditioning Engineers, said Canadian buildings are advised to maintain humidity levels between 35 and 55 percent.

But he said Canada’s relatively cold, dry climate can make it difficult to sustain those levels, particularly in older buildings.

The greater the difference between indoor and outdoor humidity levels, he said, the greater the tendency for the inside air to flow outward and cause condensation, which can in turn lead to mould and other potential hazards.

This tendency is at its peak in older buildings such as schools, he said, but added poor understanding of building standards is also a risk factor.

Bean said international research has shown that less than five percent of buildings currently comply with ASHRAE’s standard dictating the environmental conditions for human occupancy, which includes relative humidity as a factor.

“If you had any other industry with such low knowledge of their standards, that industry would collapse,” he said.

But Bean said the trend is slowly starting to change, in part due to a growing understanding of the overlap between the engineering and medical communities.

“This whole issue with the virus is bringing up the importance of the built environment,” he said. “It exposes the weaknesses that we have in the relationship between the building sciences and the health sciences.”

Taylor said individuals coping with self-isolation or practising physical distancing could benefit from boosting relative humidity levels in their own environments and called on public spaces to make such efforts a priority moving forward.

But Mubareka stopped short of echoing her recommendations, saying too much is unknown about COVID-19 at this point.

“I wouldn’t be surprised if the conditions were very similar, but until it’s properly tested, I personally would hesitate to recommend the general public start implementing things of that nature,” she said.

Mubareka said all evidence available to date suggests measures to protect against droplet infections remain the best line of defence against COVID-19, particularly regular hand-washing, the use of masks for health-care workers and those showing symptoms, and physical distancing for the rest of the public.