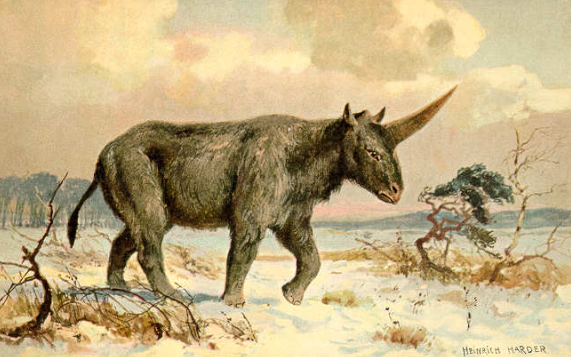 Researchers have found fossil fragments that indicate the so-called Siberian Unicorn last walked the Earth a mere 29,000 years ago.

The updated timeline is a huge jump since scientists thought the creature died out around 350,000 years ago.

About 20 fossilized mammal teeth and bones were found in Kazakhstan.

Siberian Unicorns did have a horn on their heads. The actual creature’s head, though, stood between the horse and rhinoceros families, according to early descriptions of the animal published in the journal Nature in 1878.

The noses of the creatures were much narrower than that of the rhinoceros, though, while the eyes were larger. The creatures likely had a shaggy coat of hair.

The newly discovered skull fragments have left researchers convinced that some members of the species survived for hundreds of thousands of years longer than previously thought. Radiocarbon dating shows the age of the fragments, the researchers said in a report published in the American Journal of Applied Sciences.