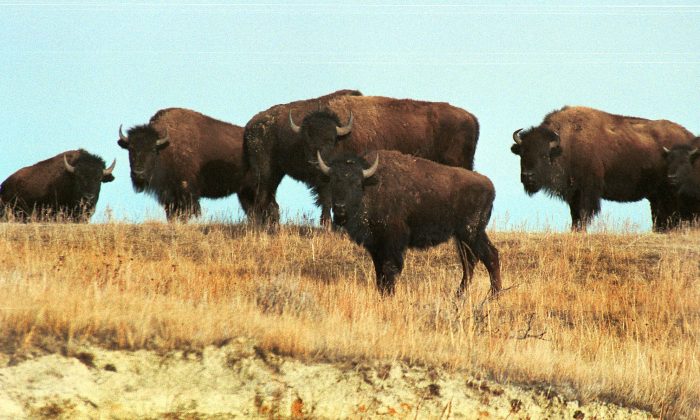 Researchers have discovered an extremely rare herd of genetically pure bison in Utah.

The scientists from Utah State University analyzed tissue samples from the herd to confirm the discovery.

“We’ve got a very, very special case in that the Henry Mountains bison is actually in fact the only population of bison in existence which is now both genetically pure and is free of the disease brucellosis and is free-ranging on public land co-mingling with cattle and is legally hunted,” Dr. Johan du Toit, professor of ecology and large mammal conservation, said in the announcement.

“So, we have this very unique population which is one of a kind. It’s a large credit to the Utah Division of Wildlife Resources, the Bureau of Land Management, and the local Henry Mountains Grazing Association. Over the years, they worked together to conserve this resource.”

The researchers say the herd could have a big impact on future bison conservation. The species has been in steady decline since Americans started settling the West. At the peak in the 1500s, an estimated 30 to 60 million bison lived in North America, according to the U.S. Fish and Wildlife Service.

“Now, we only have 500,000 bison but, of those, only 20,000 are what we would consider to be wild bison. Now we have a third herd of free-ranging bison that is disease-free and doesn’t show any introgression of cattle genes,” Dr. Dustin Ranglack, the lead author of the study, said.

“That actually makes the Henry Mountains bison, in a way, almost even more valuable than [the herd in] Yellowstone. Because of that, they can represent a really important source for potential reintroduction projects that are trying to restore bison to a large portion of their native range.”