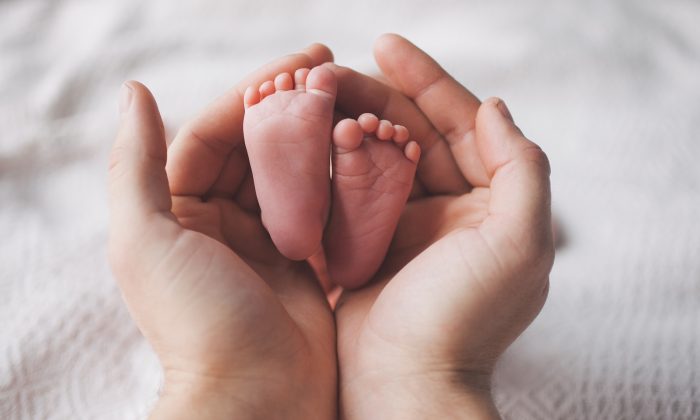 Australian researchers have developed a cheaper and less invasive alternative to traditional fertility treatments that is now available at Sydney's Royal Hospital for women. A stock photo of a baby and mother. (Illustration - Shutterstock)
Australia

University of New South Wales (UNSW) researchers have developed a cheaper and less invasive alternative to traditional fertility treatments that is now available at Sydney’s Royal Hospital for women.

In vitro fertilisation or IVF has been the established treatment for infertility for a long time. However, this method is expensive, and to stimulate egg growth before extraction, it requires patients to inject follicle-stimulating hormones (FSH) that can inflict significant discomfort and cause some medical complications.

UNSW’s newly developed alternative to IVF, CAPA in vitro maturation (CAPA-IVM), involves retrieving immature eggs from the ovaries and maturing them outside the body, demanding fewer hormone injections at a lower cost. The treatment was developed by Prof. Robert Gilchrist from UNSW Medicine & Health in Sydney, and Prof. Johan Smitz from Vrije Universiteit Brussel (VUB) in Brussels, Belgium.

“The IVM fertility technique originates from UNSW laboratory research, so this is a wonderful example of the lifecycle of research and the huge difference it can make in people’s lives,” said Gilchrist in a UNSW news release.

“It is proof that ‘bench-to-bedside’ research is alive and well in Australia,” he continued.

“I’ve worked for many years on this technique with my research partners, and having it translated into a fertility treatment offered to patients in Australia is very rewarding.”

How Do CAPA-IVM Treatments Work

Before the discovery of CAPA-IVM, the in vitro maturation method was not the recommended form of fertility treatment because pregnancy rates after IVM were lower than IVF.

“IVM has been around for years, but it’s never been very successful because it’s hard to replicate what the ovary does in a laboratory,” said UNSW Professor Bill Ledger from the Royal Hospital for Women.

“The problem has been when you take an egg out of the human body, it matures very quickly, even when it may not be ready to, but this new method called CAPA switches off the progression of the egg for 24 hours,” Ledger said. “So it grows more slowly, and it matures more healthily. And it’s more fertile when you introduce it to the sperm. It’s giving us a longer window of time to work with the egg.”

Prof. Gilchrist said that the CAPA-IVM treatments are comprised of two steps that have been designed to imitate the natural processes of egg development and maturation that occur in the ovaries. To control egg maturation in cell cultures, CAPA-IVM  adds a growth factor called cumulin, which was discovered by Gilchrist, and cAMP modulators—small signalling molecules that maintain natural egg processes— to the egg cells.

”We have demonstrated that it is possible to improve egg quality and embryo yield with next to no drugs, using potent growth factors produced by the egg,” Gilchrist said in the earlier UNSW release that circulated CAPA-IVM.

The treatment was first tested on pigs, and then, after the trials showed improvements in egg quality and a doubling in embryo production compared to existing IVM treatments, preclinical trials on human eggs were launched. The preclinical trials were conducted by Prof. Smitz from VUB’s Follicle Biology Laboratory in Brussels and showed similar results to the pig trials, with the quality of eggs improving and embryo production increasing by 50 percent.

Prof. Jeremy Thompson, from the University of Adelaide’s Robinson Research Institute said that the CAPA-IVM treatment was a significant advancement in fertility research.

“It will remove the need for a woman to inject herself with high doses of hormones for up to 12 days,” Thompson said. “Most importantly, it could give a woman almost the same chance of becoming pregnant as with hormone-stimulated IVF.”

“A recent randomised trial in Vietnam found pregnancy rates were the same with CAPA-IVM as they are in regular IVF, although IVF patients had more embryos to freeze,”  Gilchrist said.

However, IVM treatments are not for everybody. It’s estimated that only about 15 percent of infertile women will be eligible for CAPA-IVM.

The women best suited for this treatment include those with polycystic ovarian syndrome (PCOS) and those who have been diagnosed with cancer and urgently need to take preservative action to secure their fertility. According to Fertility Specialists of WA, the hormone injections involved in IVF can stimulate cancer cells and cause women with PCOS to develop the condition ovarian hyperstimulation syndrome—swelling and pain in the ovaries—.

Professor Michel De Vos at UZ Brussel said in the earlier release that the new treatment would eliminate the risk of ovarian hyperstimulation syndrome.

“Young women facing cancer treatment, who wish to preserve their fertility but often don’t have time to freeze their eggs, will also benefit from this breakthrough,” Prof. De Vos said.

The Royal Hospital for Women was approved by the Therapeutic Goods Administration to offer CAPA-IVM treatment in 2021, making it one of the first five places to make the treatment available. Additionally, this is Australia’s first hospital outside of Perth to offer IVM treatments.