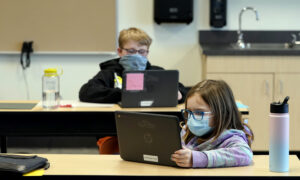 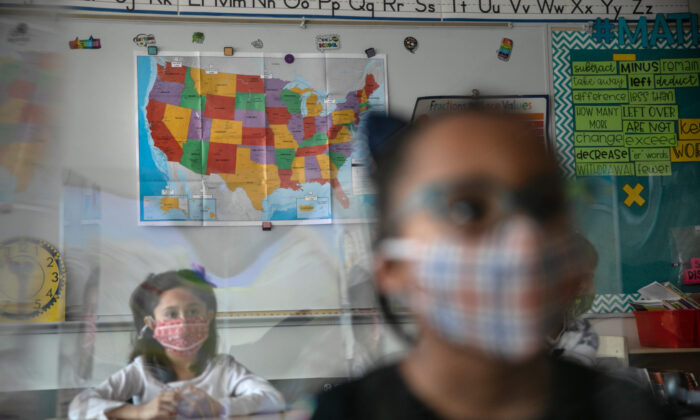 Researchers whose analysis was cited by the Centers for Disease Control and Prevention (CDC) in recent school reopening guidance say the agency misinterpreted their findings and should immediately loosen the recommendations.

Four doctors said in an op-ed this week that the guidance “is an example of fears influencing and resulting in misinterpretation of science and harmful policy,” arguing it “does not take into account the data we have regarding little disease transmission in schools.”

Children aren’t at significant risk of poor outcomes from COVID-19, the disease caused by the CCP (Chinese Communist Party) virus, researchers wrote, and deaths involving the disease among children and adolescents are magnitudes fewer than deaths from suicide, some of which are being driven by continued school closures.

Additionally, “viral spread is minimal in schools with appropriate safety precautions, even in communities with a high disease prevalence (significantly higher than the CDC red zone that the CDC suggests middle and high schools be all virtual and elementary schools hybrid),” the researchers said.

“The best way to overcome fear is to follow the science, and the science shows we can safely open our schools now for full-time (nonhybrid) learning and keep them open,” Tara Henderson, Monica Gandhi, Tracy Beth Hoeg, and Daniel Johnson wrote.

The CDC didn’t immediately respond to a request for comment.

The doctors’ group studied the transmission of the virus in 17 K-12 schools in a Wisconsin county and found that schools appear to be able to reopen safely with appropriate mitigation efforts. That study was cited by the CDC in the recent guidance.

The CDC said last month that schools can reopen safely amid the COVID-19 pandemic but recommended, among other measures, at least six feet of distancing “to the greatest extent possible,” leading to many districts across the country implementing hybrid in-person learning or staggered classes to decrease student density.

The guidance came after officials met with stakeholders, including teachers unions, which have in some cases largely resisted returning to schools until a lengthy list of demands are met.

Unions say the demands are necessary to ensure the safety of teachers and children amid the pandemic, but critics say they are unreasonable, citing studies of schools that have opened without some of the requested measures.

Clashes over reopening have taken unusual turns, such as San Francisco’s attorney suing the city’s school district over a refusal to reopen schools.

Roughly 47 percent of K-12 students in the United States are attending “traditional” schools, or in-person classes every weekday, according to school data tracker Burbio. Another 29.4 percent are attending hybrid schools and the rest are still only learning virtually.

The White House has said school reopenings will quicken when money from the just-passed American Rescue Plan is sent to districts across the country.

Pressed on whether reopenings are happening too slowly, White House press secretary Jen Psaki told reporters this week that Secretary of Education Miguel Cardona’s No. 1 priority is getting students back in classrooms.

“He will be working with school districts, including, I’m sure, in California and San Francisco and others, to work to address what they feel the challenges are to reopening—whether it’s funding that’s needed; whether it’s consensus-building that needs to happen,” she said.

“The president wants schools to be open five days a week, wants kids to be learning in school, and we’re going to do everything we can to ensure that’s happening.”