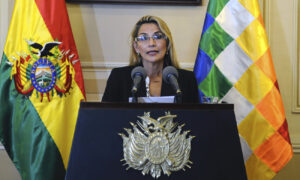 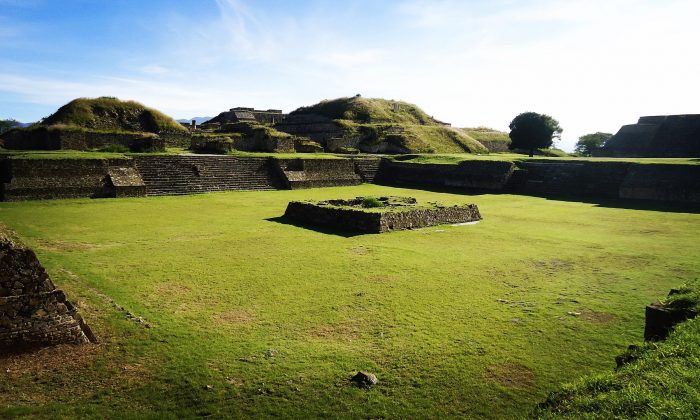 Several plagues that swept through Mexico and Guatemala after the Europeans arrived desecrated the native populations there. (UrikAmador/Pixabay [CC0 Creative Commons])
Americas

For hundreds of years, scientists have been trying to uncover the cause of the plagues that killed millions of residents in Mexico and present-day Guatemala.

Europeans who came to the area brought germs that the indigenous populations didn’t have an immunity to, and after their arrival, the area was hit by several epidemics.

The epidemic of “cocoliztli” from 1545 to 1548 killed an estimated 5 million to 15 million people, or up to 80 percent of the native population of Mexico, NCBI reported.

“It was a cataclysmic population decline,” Kirsten Bos, a physical anthropologist at the Max Planck Institute for the Science of Human History, told Newsweek.

The “cocoliztli” plague had symptoms which included fever, headaches, and bleeding from the nose, mouth, and eyes. In just a few days, most die from it.

An international team of researchers, using DNA testing, think they may have come closer answering the question of what contributed to this devastating disease.

Researchers from Harvard University, the Max Planck Institute for the Science of Human History (MPI-SHH), and the Mexican National Institute of Anthropology and History (INAH) used DNA from plague victims to match strains of bacteria that are known today.

They worked from a cemetery in Oaxaca, southern Mexico, that had cocoliztli victims, along with those who died of other causes.

Using DNA from the pulpy part inside their teeth, the researchers discovered in 10 of the 29 bodies they tested a strain of Salmonella enterica, called Paratyphi C, a bacterial cause of enteric fever. Typhoid fever is the best known variety of enteric fever today.

The strain is not well studied, but it has about a 10 to 15 percent mortality rate today, The Atlantic reports.

While the researchers believe they may have narrowed down the possibilities as to what caused the epidemic, the findings aren’t conclusive.

The 2002 NCBI study says the epidemic was likely a hemorrhagic fever.

And the authors of the most recent study, published in the science journal Nature Ecology and Evolution on Jan. 15, admit that it might have crossed with other pathogens at the time. The team only tested DNA, but some viruses carry RNA.

“If all these people died from RNA viruses, we will never know, at least not with these techniques,” Nicolas Rascovan, a microbiologist at Aix-Marseille Université, who also studies dental-pulp DNA among people in the Americas, told The Atlantic.