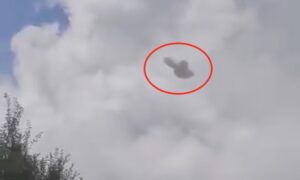 A researcher has said that brain functions may persist for some time after a person is pronounced clinically dead. A study revealed that some resuscitated survivors of cardiac arrest were aware of their surroundings after they were pronounced dead.

Dr. Sam Parnia, head of research in cardiopulmonary resuscitation and assistant professor at the Stony Brook University School of Medicine, interviewed flatlining patients before they came back to life.

According to the Daily Mail on Nov. 28, his study investigated what happens to the brain after a person goes into cardiac arrest, and he’s determining if consciousness continues after death. Also, if so, how long.

He said of patients who have survived cardiac arrest: “They’ll describe watching doctors and nurses working, they’ll describe having awareness of full conversations, of visual things that were going on, that would otherwise not be known to them,” according to LiveScience.

The American Heart Association said that cardiac arrest occurs when the electrical signals driving the heart’s pumping are disrupted and the heart stops beating. Death then usually follows.

As a patient is fully declared clinically dead, he said, “It’s all based on the moment when the heart stops. Technically speaking, that’s how you get the time of death.”

Then, blood no longer circulations to the brain, meaning brain function stops “almost instantly,” he said, adding: “You lose all your brain stem reflexes — your gag reflex, your pupil reflex, all that is gone.” Parnia said that the death of brain cells then takes place typically hours after the heart stops.

CPR sends some blood into the brain, he added. “If you manage to restart the heart, which is what CPR attempts to do, you’ll gradually start to get the brain functioning again. The longer you’re doing CPR, those brain cell death pathways are still happening—they’re just happening at a slightly slower rate,” he told the website.

And some people whose hearts have stopped before restarting recalled accurate accounts of what happened around them.

“They’ll describe watching doctors and nurses working; they’ll describe having awareness of full conversations, of visual things that were going on, that would otherwise not be known to them,” he explained. Those recollections were verified by nursing and medical staff who were there when the person died.

They were flabbergasted when they heard patients could remember those details, he said.

Some people who have come back may have a positive experience.

“What tends to happen is that people who’ve had these very profound experiences may come back positively transformed,” Parnia said. “They become more altruistic, more engaged with helping others.”

He added: “They find a new meaning to life having had an encounter with death. But there isn’t like a sudden magical enhancement of their memories. That’s just Hollywood jazz.”

According to an abstract of Parnia’s AWARE, or AWAreness during REsuscitation, study, “Cardiac arrest (CA) survivors experience cognitive deficits including post-traumatic stress disorder (PTSD). It is unclear whether these are related to cognitive/mental experiences and awareness during CPR. Despite anecdotal reports the broad range of cognitive/mental experiences and awareness associated with CPR has not been systematically studied.”

Of about 2,060 cardiac arrest events, 140 survivors were interviewed. Forty-six percent had “had memories with 7 major cognitive themes: fear; animals/plants; bright light; violence/persecution; deja-vu; family; recalling events post-[cariac arrest],” the abstract reads. About 9 percent had near-death experiences, and 2 percent “described awareness with explicit recall of ‘seeing’ and ‘hearing’ actual events related to their resuscitation. One had a verifiable period of conscious awareness during which time cerebral function was not expected.”

In 2013, researchers at the University of Michigan discovered that after clinical death in rats, brain activity flared.

“We reasoned that if near-death experience stems from brain activity, neural correlates of consciousness should be identifiable in humans or animals even after the cessation of cerebral blood flow,” said neurologist Jimo Borjigin at the time.

“This study tells us that reduction of oxygen or both oxygen and glucose during cardiac arrest can stimulate brain activity that is characteristic of conscious processing,” said Borjigin. “It also provides the first scientific framework for the near-death experiences reported by many cardiac arrest survivors.”