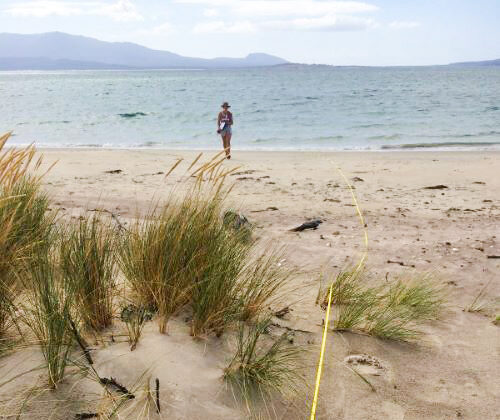 New research by Australia’s Commonwealth Scientific and Industrial Research Organisation (CSIRO) has revealed that plastic pollution on Australia’s beaches has decreased by almost a third since 2013.

Lead researcher and recent PhD graduate from CSIRO and the University of Tasmania, Kathryn Willis, said in a release on Thursday that waste control is generally driven at a local level, so their research looked at identifying which regional government approaches were most effective at reducing plastic pollution on beaches.

“We were really surprised and excited to also find that there was on average 29 percent less plastic on our beaches than in 2013 when similar surveys were conducted,” she said.

“Whilst plastic pollution is still a global crisis, and we still have a long way to go, this research shows that decisions made on the ground, at local management levels, are crucial for the successful reduction of coastal plastic pollution.”

Published in the journal One Earth, the study builds on the CSIRO’s coastal litter surveys conducted in 2013 and includes 563 new coastal surveys, as well as interviews with waste managers across 32 local governments around Australia.

The study found that maintaining economic-based strategies over the six-year study period had the greatest effect on reducing coastal litter, and the more economic waste management measures that were in place, the cleaner the coastlines.

CSIRO researcher and co-author of the paper, Denise Hardesty, said the research demonstrated how the deployment of effective waste management strategies could effect rapid change.

“For example, household collection services, where there are multiple waste and recycling streams, makes it easier for community members to separate and discard their waste appropriately,” she said.

“Our research showed that increases in waste levies had the second largest effect on decreases in coastal plastic pollution. Local governments are moving away from a collect and dump mindset to a sort and improve approach.”

A waste levy is a fee that licensed waste facilities to have to pay for each tonne of waste brought to the facility, a strategy designed to encourage the diversion of waste from landfills to recycling.

This research supports CSIRO’s Ending Plastic Waste Mission, which aims to achieve an 80 percent reduction in plastic waste entering the Australian environment by the end of the decade.