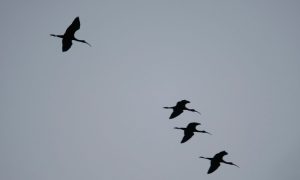 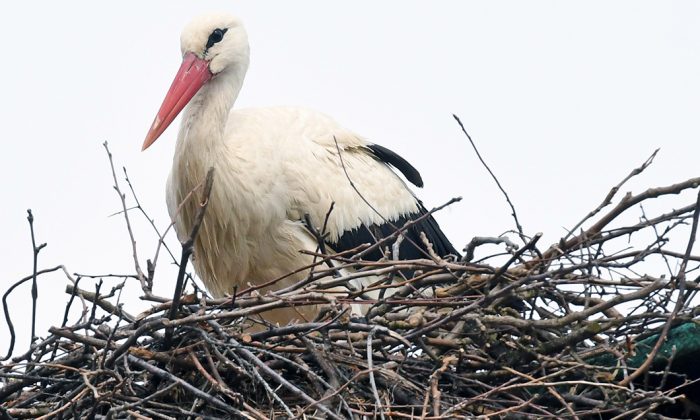 An eastern Croatian man hopes his heartwarming story of nursing an injured water bird back to health will inspire others to do more to protect them from poachers.

Bird admirer Stjepan Vokic has cared for his stork Malena since he found her wing was injured and she became flightless decades ago in Brodski Varos, 119 miles southeast of Zagreb.

“Twenty-five years ago in my little village, I found a small stork with a wounded wing, she had been shot by a hunter [and] I named her Malena (the little one),” Vokic said in a Facebook video uploaded by The Dodo.


Since the stork became flightless and could no longer return to the wild, Vokic took the responsibility of being the animal’s “wings.” He built a safe nest on his roof for the warmer months and another nest inside his garage to help the bird withstand the chilly Mediterranean winter weather.

He also went fishing and shared his catch with Malena, who has grown accustomed to being touched and handled by her keeper.

“This stork is my whole life,” he said. “I catch fish for her, and I collect branches for her nest.”

After about 10 years had passed a young male stork visited Malena’s nest on top of Vokic’s roof and the two love birds started a family of their own.

Vokic named the male Klepetan, and for the past 15 years, he has migrated to South Africa for the colder months and back to the nest in Croatia during the warmer months.

About 60 offspring have been raised and left the nest.
“I have three sons and, ever since Klepetan landed in Malena’s nest, I accepted him as my fourth son,” Vokic said.

A faithful male flying thousands of miles each year to join a handicapped female who cannot fly—the story of two storks in Croatia, Klepetan and Malena, is one of love and devotion beating the odds https://t.co/NgGgA4ioZl pic.twitter.com/4YwG4heH6w

Malena and Klepetan have achieved celebrity status, with many admirers visiting Vokic’s home to see the couple. The high number of inquiries about the birds prompted Vokic to set up a live streaming web camera, so admirers can capture the moment when Klepetan returns from his travels.

“Every spring in Croatia over a million people watch a live stream, waiting for Klepetan to return,” Vokic said.

“The moment he comes back brings joy to so many.”

For 16 years in a row, the male stork Klepetan has been travelling back to a tiny village in eastern Croatia from his winter home in southern Africa – just to meet the love of his life, white stork Malenahttps://t.co/9Gm9VjNmyH

For Vokic it is more like a sense of relief when Klepetan makes a safe return, especially since his journey can expose him to a variety of hunters and poachers.

“Every year around 2 million birds are killed on this route,” he said. “The thought that he might not return scares me more than anything.”

Every fall a stork named Klepetan flies 5,000 miles to South Africa alone, then returns in the spring to Croatia to be with his love, a disabled stork called Malena. They have together raised 62 babies in 15 years. #TrueLove https://t.co/3ogIoK9dd6

Vokic’s son Dario April 19 cast doubts about the stork who visited Malena’s nest. He did not believe it was actually Klepetan.

“The real Klepetan probably didn’t arrive,” Dario told the closed Facebook group Malena i Klepetan – najljepsa ljubavna prica according to Total Croatia News. “The current stork is acting weird, he came for a meal and then he went for two days. Malena is probably frustrated, and that’s why she destroyed two eggs. She even demolished the nest, not completely, but all of the new material this male bought has been removed.”

Nevertheless, Vokic hopes Malena and Klepetan’s story will help expose the practice of stork poaching and encourage more people to gain an appreciation of the bird species.

“There is a belief that storks bring children and new life,” Vokic said. “I do believe in goodness … I believe that nature remembers and gives goodness back to you.”

Klepetan has returned to Malena safe and well, just a bit exhausted! https://t.co/pzQUzW7fXo