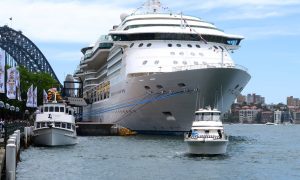 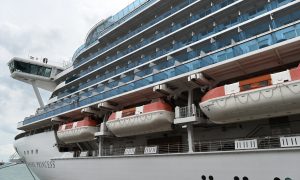 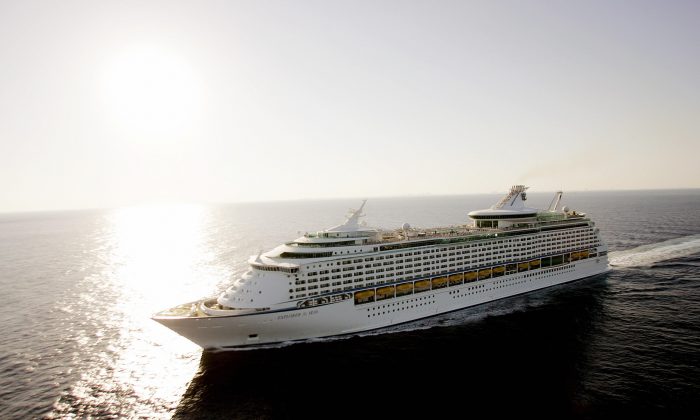 A Royal Caribbean cruise ship that was rerouted due to a storm rescued two fishermen who were stranded in the Caribbean Sea.

The fishermen had been adrift for three weeks when people on the Empress of the Seas saw their signal light, the firm said in a statement.

“Empress lowered her tender boat at 21:57 and rescued the passengers,” Royal Caribbean said, USA Today reported. “Due to the high swell, the boat was towed close to the ship in order to get shelter.”

“Empress of the Seas did rescue two sailors who had been adrift for more than 20 days,” the cruise line added. “Both passengers onboard the vessel were provided water and medical attention onboard by the ship’s crew. There were no injuries reported.”

Royal Caribbean’s chief meteorologist James Van Fleet posted photos of the rescue on Twitter, saying they were found between the Grand Cayman island and Jamaica. They had “been at Sea for 20 DAYS in that small boat between” the two islands, he said. “UNREAL and so PROUD of Officers and Crew! Thank you,” he added.

Van Fleet said the ship rerouted due to poor weather conditions. “Sometimes a little luck is all you need for a miracle,” Van Fleet said.

More pics to share from @RoyalCaribbean #EmpressoftheSeas rescuing 2 Mariners who had been at Sea for 20 DAYS in that small boat between #Jamaica and #GrandCayman! See last pic for story. UNREAL and so PROUD of Officers and Crew! Thank you @jleberle and @caryjames007 for pics. pic.twitter.com/VEw1tzChMO

He said it’s not clear where the fishermen originated, according to the USA Today. But he said the “fishermen told the Empress of the Seas crew they only had enough food and water for seven days,” NPR reported.

“One of the fishermen could no longer walk,” Van Fleet added. “Our Empress of the Seas Crew literally carried him to the tender and carried him on board.”

Royal Caribbean said that neither fisherman was injured. The names of the two were not released.

When the ship arrived in Jamaica, the fishermen were able to walk and went to a nearby hospital, NPR reported. The crew collected $300 for the men to purchase food and clothing.

Other deatils about the incident are not clear.

“Pure luck, lining of the stars, god, whatever you choose to believe, the facts are we would NOT have been in that area at the time had we not switched to go to Ochos Rios, Jamaica and you can’t help but think there was a greater plan in all of this,” Van Fleet also said. “20 days at sea should tell you everything about the odds of them being found alive.”

“In the awards’ infancy, they were simply a way to recognize cruise lines that excelled in a particular area,” said Colleen McDaniel, the editor of cruising website Cruise Critic. “And while the list certainly continues to be a compilation of the best experiences at sea, what’s very clear this year is that the awards also highlight the wide range of travel experiences that cruising offers.”