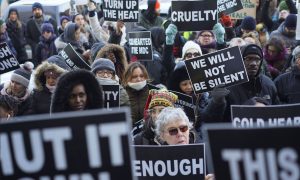 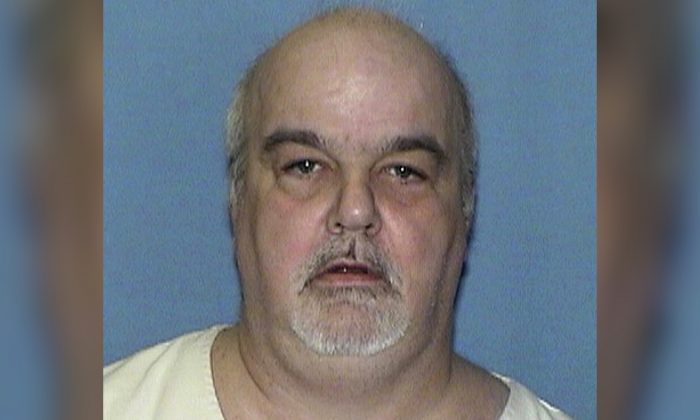 CANTON, Illinois—A man convicted of murder as a suspected member of the notorious “Ripper Crew” that killed as many as 20 Chicago-area women in the 1980s has been released from prison, according to a statewide alert sent Friday morning, March 29.

Thomas Kokoraleis, now 58, was one of four men accused of being part in the notorious satanic cult, “Ripper Crew,” that abducted, tortured, mutilated, and killed women. He was initially sentenced to life in prison in 1984.

Family of murder victim reacts to the release of Thomas Kokoraleis, a suspected member of the notorious Ripper Crew, who was sentenced for the rape and murder of their sister and daughter. WATCH: https://t.co/6Mv3SD0YdW pic.twitter.com/008E3JTp9V

But a plea deal was struck during an appeal that allowed for his release this week. The option for such an early release infuriated victims’ families.

An alert from Illinois’ victim notification system was issued at 6:22 a.m. Friday noting Kokoraleis had been released.

His whereabouts weren’t immediately known but he has three days to register at a new address, and his address will become public record as part of Illinois’ sex offender registry, state officials told the Chicago Tribune.

Records show he was held at the medium-security Illinois River Correctional Center in Canton, about 30 miles west of Peoria.

Kokoraleis was convicted in the 1982 slaying of 21-year-old Lorraine “Lorry” Ann Borowski. A judge sentenced him to life in prison, rejecting prosecutors’ request for the death penalty. But a state appeals court reversed the conviction in 1986, citing legal errors.

The court ordered a new trial, but Kokoraleis instead pleaded guilty in exchange for a 70-year prison term.

Holding a photo of her daughter, Lorraine Borowski spoke tearfully at a Friday news conference about the final moments of “Lorry” Ann’s life. She added that her family will spend the rest of their lives looking over their shoulder.

“Her murderer did not receive the justice that he deserved, but I believe in God and I have no doubt that God will deliver the final judgment,” Borowski said.

Mark Borowski was 14 when his sister was abducted and killed. He said through tears that he was shaking at the thought Kokoraleis is walking free.

“I hoped this day would never come, but unfortunately nothing more could be done to prevent his release,” he added.

Jason Sweat, spokesman for the Illinois Prisoner Review Board, said the state was legally required to release Kokoraleis because he had served the maximum possible amount of time on that sentence.

Illinois Department of Corrections spokeswoman Lindsey Hess said Friday that Kokoraleis had completed his maximum sentence required by law and is no longer under the agency’s supervision.

Kokoraleis won’t have to follow typical parole conditions because he completed the mandatory supervised release period while in prison.

Relatives of some victims fought back when they learned in late 2017 of Kokoraleis’ expected release. Their efforts led to an 18-month delay of his initial parole date.

Kokoraleis is likely the only member of the four-man gang with a chance to rejoin society.

His younger brother, Andrew, was executed by lethal injection 20 years ago, before Illinois eliminated the death penalty. The other two men, Edward Spreitzer, and Robin Gecht, have used all of their eligible appeals, though Gecht will be eligible for parole if he lives to be 89.

The Ripper Crew stalked the streets of Chicago and its suburbs in the 1980s, killing as many as 17 women. One of the crew’s members was executed. Two others will likely die in prison. Thomas Kokoraleis is scheduled to go free on Friday. https://t.co/NrR4zdeVfF pic.twitter.com/wfNQ8Zgsh9