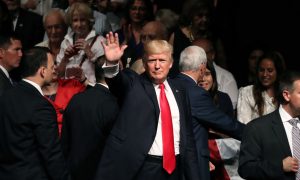 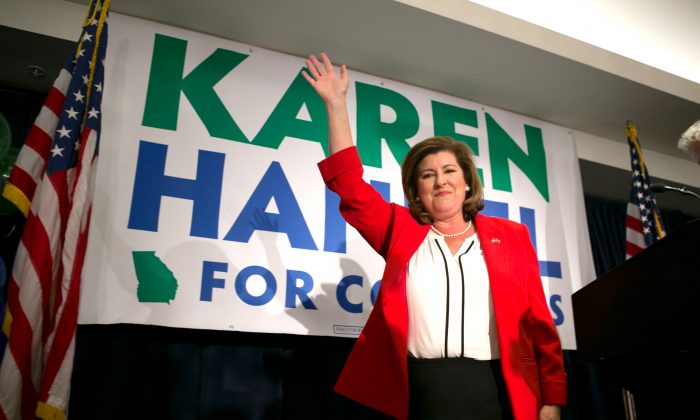 Her victory is significant, as Democrats had attempted to turn the historically Republican district and use it as a proof of waning support for President Donald Trump.

Trump won the district by tight margin—48 percent to 47 percent—and Ossoff came out on top during the primary as Republican votes split among multiple candidates.

Moreover, the district includes suburbs north of Atlanta where the population of young liberals and minorities, who often vote Democrat, has grown.

That likely boosted Democrats’ confidence in the chances of 30-year-old Ossoff. Massive amounts of outside money poured in, making it the most expensive congressional race ever. Including PAC spending, the Ossoff campaign was boosted by over $24 million, while spending on Handel’s side surpassed $12 million, according to the Federal Election Commission.

Yet, in the end, Handel prevailed.

Including Norman’s 51-to-48 win in South Carolina’s 5th district, and two earlier wins in Kansas and Montana, Republicans are 4 to 0 on congressional races since Trump assumed office.

“Well, the Special Elections are over and those that want to MAKE AMERICA GREAT AGAIN are 5 and O! All the Fake News, all the money spent = 0,” Trump tweeted on June 21.

He also congratulated both candidates on their successes:

“Congratulations to Karen Handel on her big win in Georgia 6th. Fantastic job, we are all very proud of you!”

“Ralph Norman ran a fantastic race to win in the Great State of South Carolina’s 5th District. We are all honored by your success tonight!”