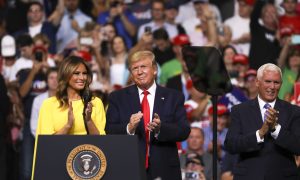 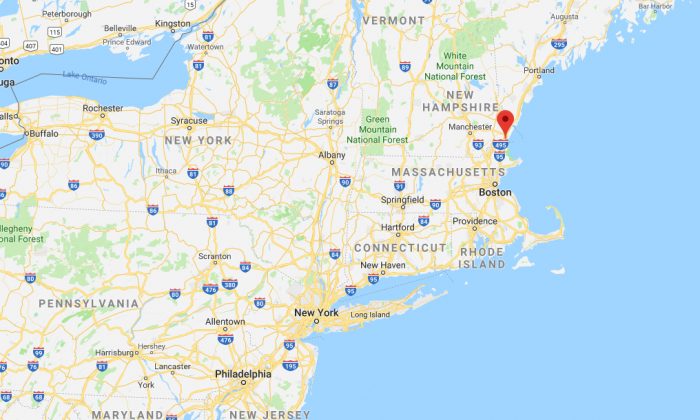 The location of the town of Seabrook in New Hampshire is shown with a red marker. (Screenshot/Googlmaps)
Politics

South Carolina and Nevada Republican parties announced Saturday that they would not be holding their presidential nominating contests in 2020, and that Republican delegates are committed to President Trump. They join Kansas and Arizona Republican Parties, which also confirmed that they will not hold their caucuses to save money.

It’s possible that several more state Republican parties could vote to cancel their nominating contests before the October deadline, at which time they have to confirm their delegate selection rules to the Republican National Committee.

GOP officials in the states that have canceled their primaries say the objective is to save money since Trump is an incumbent and almost assured re-nomination. According to a Nevada GOP spokesperson, the state party will save nearly $150,000 from canceling the caucuses for the 2020 cycle.

The other states on the list agree. “With no legitimate primary challenger and President Trump’s record of results, the decision was made to save South Carolina taxpayers over $1.2 million and forgo an unnecessary primary,” South Carolina GOP Chairman Drew McKissick said in a statement.

The Kansas Republican Party tweeted out that they will not hold their 2020 caucus because Kansans have historically always voted for the incumbent president.

The incumbent will also likely win New Hampshire because according to the Republican Governor, Trump has the GOP’s full support, but he is glad to see the primary in his state on course for February.

Sununu told the Washington Examiner in an interview Saturday: “We have a fair process. It’s a primary process. I firmly believe that good primaries are good things and that even if there were a primary here, Bill Weld or whoever wants to jump in the race it’s great, because Donald Trump is going to win 95% of the vote.”

Sununu, who is seeking a third term as governor, said that if President Trump does well in New Hampshire he has a strong chance of winning the 2020 race.

“There’s the economy today in New Hampshire, which is stronger than ever in large part due to the Trump tax cuts,” Sununu said. “He’s going to come out strong. He’s going to have a nice big showing, and that helps build momentum in a state like New Hampshire,” said Sununu.

Trump’s opponents and current GOP challengers say canceling primaries is an effort to protect Trump from competition for the Republican nomination.

Bill Weld wrote on Twitter: “Canceled primaries? What are you afraid of, Mr. No-Show? Intelligent, experienced, honest and decent competitors? Now more than ever, @realDonaldTrump, you can run but you cannot hide. #LetTheGamesBegin.”

“Canceling primaries to protect politicians in power is WRONG, any way you slice it,” said Joe Walsh.

Trump was asked yesterday what he thought of the GOP presidential challengers.

“I don’t know them,” the president responded when speaking from the South Lawn. “I would say this: They are all at less than 1 percent. I guess it’s a publicity stunt. We just got a little while ago (a poll showing) 94 percent popularity or approval rating within the Republican Party. So to be honest, I’m not looking to give them any credibility. They have no credibility.”