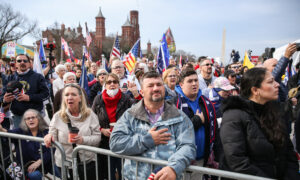 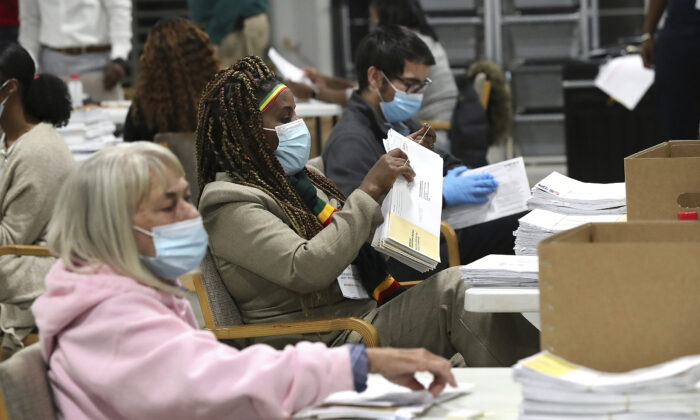 Republicans Should Learn and Win Again

It’s the first week of January 2021, and the 2020 elections are over. In my home state of Georgia, the votes from the runoff races were being tabulated. There were three statewide races on the ballot: two U.S. Senate seats and one Public Service Commission seat. All three races had incumbent Republicans facing off against Democratic challengers.

Republican incumbent Lauren “Bubba” McDonald Jr. beat Democrat Daniel Blackman in the Public Service Commission race and, as of Wednesday morning, had garnered more votes than either of the incumbent Republican U.S. senators. They should be outperforming him, and the fact that they are not should make you stop and ask: What went wrong in the Senate Republicans’ races?

Incumbent Sen. Kelly Loeffler has lost to Democratic nominee Raphael Warnock. This was a special election to fill the two years remaining in the term of Johnny Isakson, the former Republican senator who announced his resignation in 2019 due to health problems.

Georgia Gov. Brian Kemp appointed businesswoman Loeffler in December 2019 (from a list of people who had expressed interest in the job, including your columnist). As reported by Greg Bluestein for the Atlanta Journal Constitution, Loeffler had promised “that she would funnel $20 million of her own cash into the campaign, a substantial injection meant to ward off challengers from both parties.”

Clearly, this did not work. Loeffler faced Republican and Democratic challengers and has now lost the runoff.

While President Donald Trump, also a successful businessperson, has always been exactly who he is (like him or not), Loeffler transformed her image from one of a sophisticated, smart, urban businesswoman to that of a baseball hat-, jean-, boot- and vest-wearing “outsider.” My guess is that she hired the best consultants money could buy and heeded their advice. It fell flat with voters in terms of authenticity.

Lesson No. 3: Ongoing organizing is critical.

Warnock was boosted by strong support from Stacey Abrams, who had lost to Kemp in 2018 and then—funded by national Democrats—focused on building grassroots organizations to drive voter participation. Republicans need to replicate this infrastructure and invest heavily in organization—and we need our major donors’ support.

Lesson No. 4: Be for something positive.

This past week, our home received a red “Happy Holidays and Happy New Year” card bearing a picture of a reindeer on the outside. When opened, the inside left page of the card read, “To pass their job killing Green New Deal, the radical left needs to elect Raphael Warnock and Jon Ossoff. … Vote Early now or on Election Day, January 5th.”

The inside right side of the note concluded with the message “Vote No on Warnock and Ossoff!” Nowhere did the card make any mention of Loeffler or Perdue or any positive reason to vote for them.

This holiday missive was sent out by the Senate Leadership Fund. This group might want to learn from House Minority Leader Kevin McCarthy (R-Calif.), who has all of his members running every two years, versus the one-third of the members McConnell has running.

This past fall, McCarthy’s House Republicans ran on the theme “Restore Our Way of Life. Rebuild the Greatest Economy in History. Renew the American Dream.” Their message was upbeat, positive, and provided voters with a reason to vote for the Republican candidate. Sadly, it’s a novel idea to focus on an optimistic message.

The Senate candidates in Georgia focused on what would happen if Democrats won. They gave the voters little to no reason to come out to vote FOR them—just against the opponent. They were probably told over and over that this was the way to get their base to vote for them, but the base on the Democratic side was given reasons to vote for their candidate. The Democrats were consistently more positive, had a better ground game and were constantly cheering one another on.

My guess is that, instead of learning hard lessons from Tuesday’s outcomes in Georgia, many Republicans will blame other Republicans, such as Trump, Kemp, Lt. Gov. Geoff Duncan, Georgia Secretary of State Brad Raffensperger, or Georgia Republican Party Chairman David Shafer. Some will blame voter fraud. But as when playing tennis, if the opponents are calling lines that are questionable, you have to make sure you play inside the lines. This means you have to drive positive voting margins to ensure victory.

While blaming others might make people feel better, it will not lead to future wins. For that to occur, we need to get to work, lay out a positive message, and organize to drive voter margins.