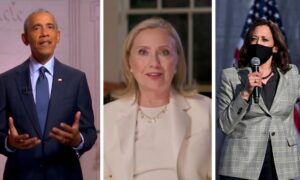 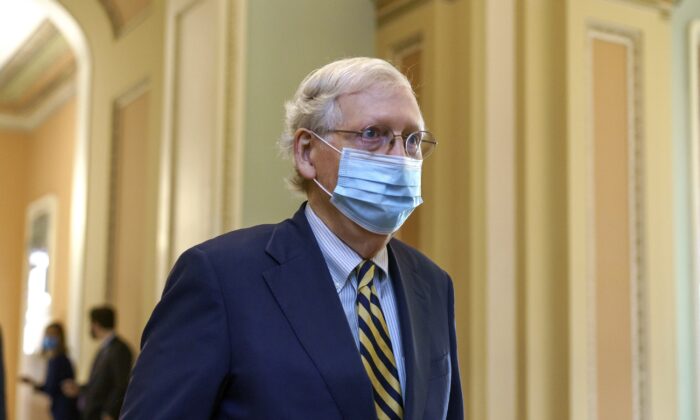 Senate Republicans are downplaying arguments that the Supreme Court will strike down the Affordable Care Act (ACA) if Amy Coney Barrett is nominated to the high court.

As the Senate holds hearings on Barrett in front of the Judiciary Committee, Democrats have claimed that she would help undo ACA, known as Obamacare, and would strike down mandates for people with preexisting health conditions. A lawsuit is seeking to strike down the ACA in the Supreme Court, coming about a week after Election Day on Nov. 3.

“No one believes the Supreme Court is going to strike down the Affordable Care Act,” Senate Majority Leader Mitch McConnell (R-Ky.) said in a debate on Monday.

“The left is also suggesting Judge Barrett’s confirmation would be the demise of the Affordable Care Act and the protections for preexisting conditions,” said Sen. Chuck Grassley (R-Iowa) in the hearing. “That’s outrageous. As a mother of seven, Judge Barrett clearly understands the importance of health care.”

Senate Minority Leader Charles Schumer (D-N.Y.) wrote on Tuesday that “vote by any Senator for Judge Amy Coney Barrett is a vote to rip away health care for millions and end protections for Americans with preexisting conditions in the middle of the COVID pandemic.”

When she was questioned about her stance on Obamacare, “I’m not here on a mission to destroy the Affordable Care Act,” Barrett said on Tuesday. She has criticized previous decisions to uphold the landmark healthcare bill, but she emphasized that the pending case is different than those cases.

Sen. Todd Young (R-Ind.), who heads the Senate GOP campaign arm, wrote in an opinion article, “As the head of a large household, Judge Barrett knows full well, and better than most of her detractors, how important medical coverage is to every American’s health.”

It comes as President Donald Trump announced that he would replace the healthcare bill.

“Obamacare will be replaced with a MUCH better, and FAR cheaper, alternative if it is terminated in the Supreme Court,” he wrote in September. “Would be a big WIN for the USA!”

Barrett, 48, would tilt the court even further to the right, giving conservative justices a 6-3 majority. Republicans have a 53-47 Senate majority, making Barrett’s confirmation a virtual certainty.

Barrett has declined to say whether she would recuse herself from the major Obamacare case to be argued on Nov. 10, in which Trump and Republican-led states are seeking to invalidate the law. She said the case centers on a different legal issue than two previous Supreme Court rulings that upheld Obamacare that she has criticized.