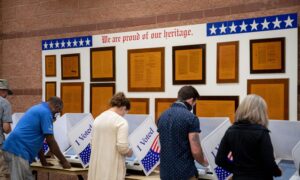 Election Finale Arrives, but Winner May Not Be Declared for Days
0
Share Now
FacebookTweetParlerEmail
Copy Link 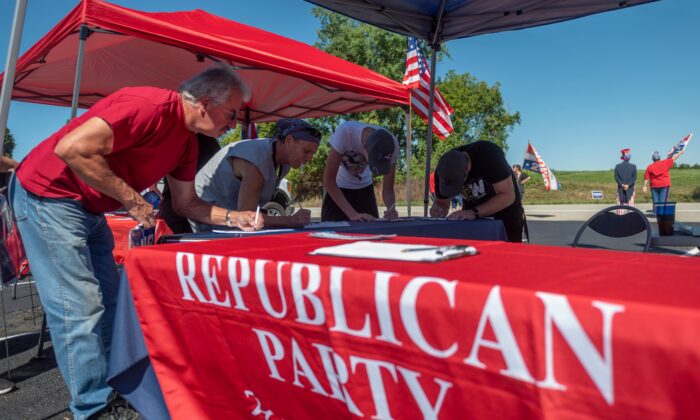 Republicans Retain GOP-Held Seats in a Number of Districts

Eight Republican seats remain, with the GOP in the running to control the House after the election.

After her win with over 55 percent of the votes, Cammack said, “Only in the United States of America would I be able to go from being homeless to the U.S. House of Representatives in 10 years, and I will always fight for Florida’s families the same way I would my own.”

Donalds won with over 60 percent of the votes, saying: “Huge victory tonight! I’m truly humbled and honored. Big thank you to my family, #TeamDonalds and our hardworking volunteers that knocked on doors, waved signs and made calls to ensure Southwest Florida had proven Conservative. I look forward to serving you in Washington!”

Harshbarger won by close to 75 percent of the votes in her district, writing: “I am honored to have the support of our President @realDonaldTrump!!! Now more than ever we need folks in Congress who will work with our President and continue to add to his record of accomplishments, not partisan liberals who will be a rubber stamp for @SpeakerPelosi.”

Mann won his race with over 70 percent of the votes, thanking his team. “I am deeply honored to be your next congressman for the Big First District!” he wrote. “Thank you to everyone who helped us along the campaign trail. We would not have won without your efforts. This victory is yours!

Cawthorn won by a little over 54 percent of the votes and at 25 years old is now the youngest person to serve in the House of Representatives, taking Rep. Alexandria Ocasio-Cortez’s (D-N.Y.) place.

The conservative wrote on Twitter: “From the bottom of my heart, Thank you. All glory goes to God and I am excited to serve each and every member of this district. Thank you!”