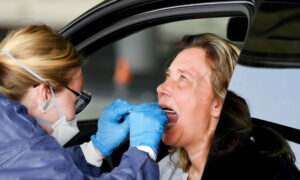 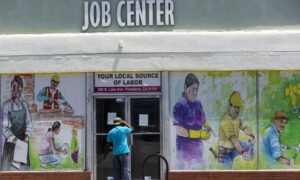 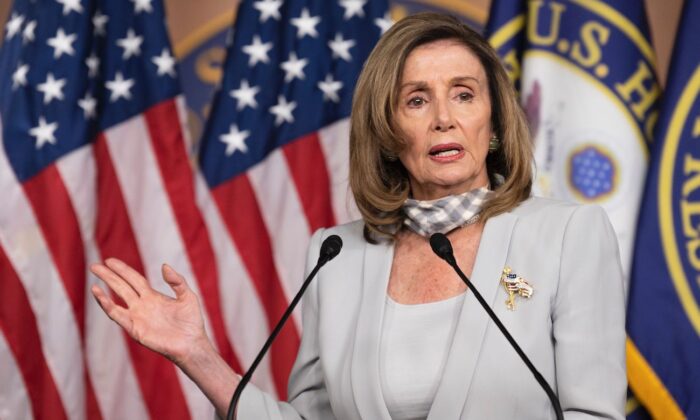 Deal to fund government could last until December, he says
By Jack Phillips
Print

The White House and top Democrats have agreed to a continuing resolution to keep the government funded at the end of this month, Treasury Secretary Steven Mnuchin said, although he stressed that it won’t be linked to a pandemic relief package, after negotiations stalled.

“We’re going to move forward with a clean CR [continuing resolution], hopefully, through the beginning of December,” Mnuchin told reporters at the White House.

“I hope by the end of the week we can begin moving forward on that,” he said in a televised interview with Fox News.

The government funding bill would keep U.S. agencies operating but would be separate from a parallel effort to provide another batch of financial aid amid the COVID-19 pandemic.

Negotiations between top Democrats and the White House broke down in early August, and Pelosi later said she won’t accept a stimulus package of less than about $2.5 trillion. Meanwhile, Republican officials have said they won’t pass a deal for that amount, opting for a lower sum.

But Mnuchin, later in the Fox News interview, said both he and President Donald Trump want to pass another stimulus package.

“The president and I believe we should do more stimulus,” he said. “We have about 7 1/2 million jobs we need to get back until we’re back to where we were, and we want to help small businesses, we want to help businesses that are particularly impacted by this and we’ll continue to work on proposed new legislation.”

Pelosi, he said, has “refused to sit down and negotiate unless we agree to something like a $2.5 trillion deal in advance.”

He expects Senate Republicans to move ahead with a smaller relief bill in the next week.

Mnuchin on Sept. 6 said he was willing to sit down with Pelosi to further discuss those efforts.

“I’m willing to sit down with her anytime to negotiate, no conditions. But right now, she won’t do that unless we make a large commitment up front,” he told reporters, reiterating that Senate Republicans would move ahead with their own stimulus legislation.

“Our current plan is to keep the coronavirus discussion separate,” Mnuchin said, adding that there might be one or two technical areas of overlap with the government funding bill.