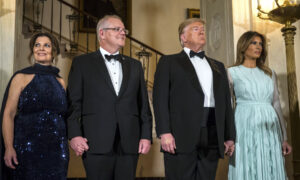 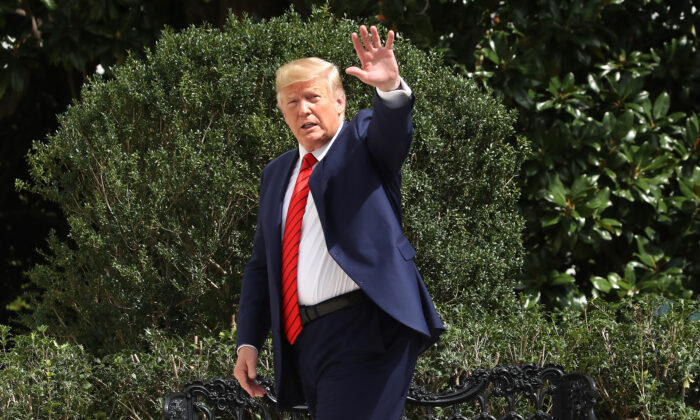 Since the start of the House Democratic push to impeach President Donald Trump, Republicans have raked in $15 million in small donations, according to Eric Trump, the president’s second son.

“We have now raised almost $15 million in small-dollar donations (including 50,000 NEW donors) since @SpeakerPelosi started this impeachment charade 72 hrs ago! Unbelievable numbers!! Keep it going—you and the dems are handing @realDonaldTrump the win in 2020!” Trump tweeted on Sept. 27.

UPDATE: We have now raised almost $15 million in small dollar donations (including 50,000 NEW donors) since @SpeakerPelosi started this impeachment charade 72 hrs ago! Unbelievable numbers!! Keep it going — you and the dems are handing @realDonaldTrump the win in 2020! 🤛👍🇺🇸

Some House Democrats are now pushing to make an inquiry into whether Trump should be impeached after accusing him of betraying the oath of office by pressuring Ukraine to open an investigation into former Vice President Joe Biden and his son, Hunter Biden, over allegations of corruption in business dealings with a Ukrainian energy company. Biden is the frontrunner in the 2020 Democratic presidential race.

Trump has fiercely fought back against the allegations against him, which came from an anonymous whistleblower in the intelligence community who didn’t have direct knowledge of the call. A memo from the inspector general of the intelligence community also noted that the whistleblower had a “political bias … in favor of a rival political candidate.”

Days after House Speaker Nancy Pelosi (D-Calif.) made the announcement about the impeachment inquiry against the president, she told a reporter that “it doesn’t matter” if the House loses its Democratic majority.

House Intelligence Committee Chairman Adam Schiff (D-Calif.) said on Sunday that House lawmakers have reached an agreement with the alleged whistleblower who filed a complaint about Trump’s call with Ukrainian President Volodymyr Zelensky.

“As with [acting Director of National Intelligence Joseph] Mcguire, that whistleblower will be allowed to come in without White House or DOJ lawyers to tell him or her what they can or can’t say,” Schiff said, according to Fox News. “We are taking all the precautions we can to protect the whistleblower’s identity,” he added.

Trump has repeatedly blasted Schiff and the other Democrats on Twitter over the recent media storm.

“The Whistleblower’s complaint is completely different and at odds from my actual conversation with the new President of Ukraine,” Trump wrote on Twitter, Sept. 28. “The so-called ‘Whistleblower’ knew practically NOTHING in that those ridiculous charges were far more dramatic & wrong, just like Liddle’ Adam Schiff fraudulently and illegally inserted his made up & twisted words into my call with the Ukrainian President to make it look like I did something very wrong. He then boldly read those words to Congress and millions of people, defaming & libeling me. He must resign from Congress!”

Trump has maintained that he acted appropriately, and released an unredacted transcript of the call to the public. Ukrainian president Zelensky has backed up Trump, saying there was no pressure, nor quid pro quo, to investigate Biden.