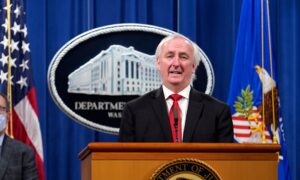 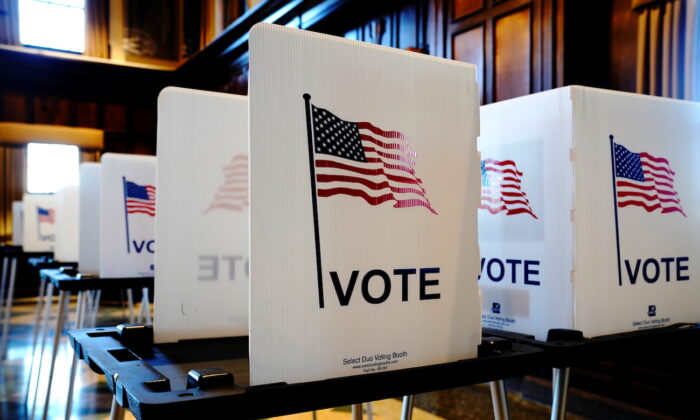 House Republicans introduced a bill that they say will help each state create baseline protections against election irregularities and voter fraud during presidential elections.

The Save Democracy Act aims to close loopholes that prevent secure and fair general elections by strengthening voter registration verifications, narrowing rules for when and how mail-in ballots can be accepted, and mandating observers from each party is allowed to be present during polling and vote counting.

Rep. Jim Banks (R-Ind.), chairman of the Republican Study Committee (RSC), the largest conservative caucus on Capitol Hill, led his caucus to introduce the legislation addressing the concerns of voters across the country.

Chairman Banks said in a press statement, “This bill will restore the public’s trust that their vote is counted and their voice is heard.”

The Pew Research Center published a survey in November 2020 in which they surveyed 11,818 American adults, 10,399 of whom said they voted in the presidential election, about the integrity of the Nov. 3 election.

The Supreme Court, as is its custom, didn’t explain why it dismissed the emergency applications seeking to fast-track the lawsuits. There were no noted dissents from any of the nine justices.

Meanwhile, Rep. Greg Steube (R-Fla.) said in a separate press statement on Sunday: “Our first legislative priority is intended to reestablish faith in the integrity of our elections. If we don’t work to ensure our citizens have confidence in our election process then this body is not addressing a major reason for division in our country.”

The Save Democracy Act will ensure that voter registration systems are not automatic but require citizenship verifications. The bill would prohibit states from sending out unrequested absentee ballots and it would not allow anyone other than a voter or cohabitant to bring in a ballot.

The legislation would also mandate that absentee and mail-in ballots are received no later than election day, counted immediately upon being received and totals disclosed only after polls close.

In addition, the bill would mandate that observers from each party be present during polling and counting of votes.

The GOP bill is not the first to try to address the integrity of elections. A bipartisan bill introduced by former Rep. Tulsi Gabbard (D-Hawaii), called the Securing America’s Elections Act of 2019, addressed a key concern about electronic voting machines. The legislation addressed this by mandating that all electronic votes have a paper backup, making it possible to audit at a later date.

“This bill requires voting systems for federal elections to produce paper ballots that the voter may inspect and verify before the vote is cast and counted,” the bill’s summary reads. “The bill also requires the paper ballot to be suitable for manual audits, prescribes approved methods for such audits, and directs the Department of Homeland Security and the Election Assistance Commission to report on the desirability of using open-source software in voting systems.”

Gabbard told Dave Rubin in a recent interview that election integrity needs to be a non-partisan issue for the sake of upholding the U.S. Constitution and needs to be done in a peaceful way, within American institutions, and without violence.

“If all of these people in Congress, Democrat and Republican, had taken that issue seriously and passed that legislation, those who are now saying ‘Hey, we have to stand up for the integrity,’ why didn’t you do something about it before?”