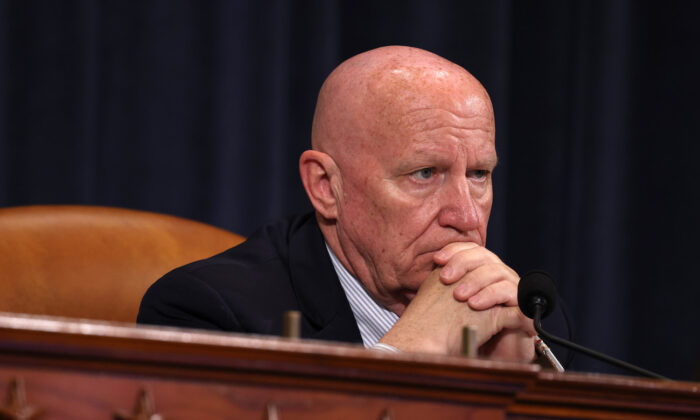 Top members of the Republican House Ways and Means Committee met with Hungarian officials and subsequently signaled collective opposition against the Biden administration’s efforts to reach a deal on a global minimum tax of 15 percent on multinational companies.

Hungary is the only country in the 27-member trading bloc that has not agreed to the plan. In mid-June, it blocked the EU from going forward with a deal to turn the 15 percent tax directive into law.

Following Hungary’s opposition, the Biden Treasury Department announced on July 15 it was terminating the tax treaty the United States has had with Hungary since 1979.

Brady, Smith, and Kelly said in a statement on July 20: “It is clear from our meeting with the Hungarian delegation that the Biden Administration’s heavy-handed bullying tactics to get countries to adopt the global minimum tax deal undermines tax sovereignty and would make any agreement unstable and short-lived.”

The Republicans had met with Hungarian Foreign Minister Péter Szijjártó and Hungarian Ambassador to the U.S. Szabolcs Takács. Delegates from the two countries agreed that the global minimum tax deal isn’t in their interest, according to a release.

The Republicans said: “We share concerns over the global minimum tax harming our countries’ job creation and economic growth, as well as the Biden Administration’s unilateral termination of the longstanding U.S.-Hungary tax treaty.

“The United States will not surrender economically to foreign countries by increasing our global minimum tax based on an agreement that is not complete, nor enforceable, nor in our interest. Congress will not ratify an agreement that cedes its constitutional tax-writing authority or fails to protect key U.S. tax incentives.”

The Hungarian delegation has “confirmed the professional cooperation between the Republican Party and the Hungarian government,” Szijjártó said on his Facebook page, according to a translation from Hungarian.

“An entire line of congressmen and senators stood by Hungary when the [Biden] administration suspended the bilateral tax agreement in revenge for our veto against the global minimum tax,” Szijjártó added. “Just as we in Hungary, the Republicans here in America oppose the increase in taxes, we also oppose the introduction of a global minimum tax.”

Hungary has a corporate tax rate of 9 percent, one of the lowest rates in Europe. The United States has a current rate of 21 percent.

The Treasury Department told Politico in a report published on July 15 that the Biden administration “remains committed to finalizing a global minimum tax.”

“It’s too important for our economic strength and competitiveness to not finalize this agreement, and we’ll continue to look at every avenue possible to get it done,” the department stated.

The statement comes after Sen. Joe Manchin (D-W. Va.) told Democratic party leadership that he would not accept any legislation that raises taxes from their post-2017 levels, effectively quashing any hope for a scaled-down version of the Build Back Better (BBB) social spending package pushed by Democrats.

Manchin also recently told a West Virginia radio host that he does not support a 15 percent global minimum tax on U.S. multinational companies because some other countries in the world have yet to adopt the tax.

“We’re not going to go down that path overseas right now,” Manchin told the radio host, referring to the tax deal, per Politico. “Because the rest of the countries won’t follow, and we’ll put all of our international companies in jeopardy, which harms the American economy.”

Over 130 countries have agreed in principle to adopt the 15 percent minimum tax, with the United States among them. Each country would need to amend their own tax laws to align with the tax scheme, championed by the Organisation for Economic Co-operation and Development (OECD).

One way of amending the tax law is to introduce it as part of a larger piece of legislation such as the long-stalled BBB package. But Manchin’s stance in the split 50-50 Senate means the package is essentially blocked until at least the midterm elections.