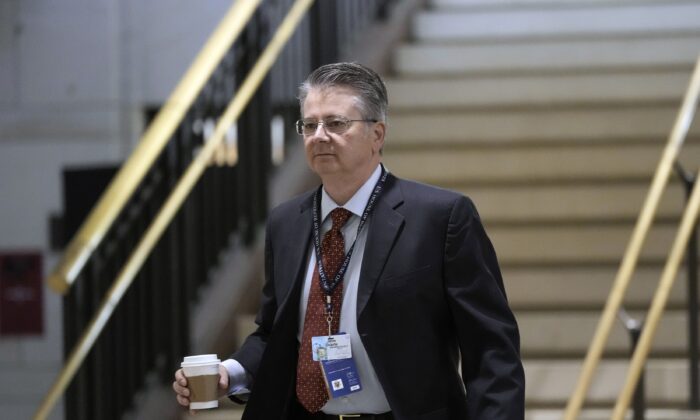 Republicans have flipped a U.S. House of Representatives seat representing a central California district, expanding their majority in the next Congress.

“I promised our Valley families that I would be their bipartisan champion in Washington, D.C. by fighting for food on our tables, gas in our tanks, and water on our farms. That is exactly what I am going to go there to do,” Duarte said in a statement.

“After weeks of incredibly hard work by our election workers, the result has become clear,” Gray said in a statement. “While I had hoped for a different outcome, I accept the results and have called to congratulate my opponent, John Duarte.”

Due to the developments, the Associated Press called the race.

Duarte has 66,884 votes while Gray has 66,300, according to unofficial results from the California secretary of state’s office.

Rep. Barbara Lee (D-Calif.) has represented the 13th district since 2013. Due to redistricting, she ran for California’s 12th Congressional District this year and won.

Duarte, who has never held office, campaigned on making everyday essentials such as gas and food affordable, securing water for people in the Central Valley, and working to combat crime.

“You deserve to thrive, not just survive. Out-of-touch career politicians have put the needs of big corporations and special interests before us. They have driven prices sky high with reckless spending. Working Valley families are being forced to choose between food on the table and gas in the tank,” Duarte says on his campaign website. “As your Congressman I’ll do the right thing—I’ll vote to suspend the gas tax and cut fuel and food prices.”

Duarte also said that people deserve jobs that pay well and that lowering prices, securing more water, and implementing better laws would lead to “good-paying Valley jobs for everyone.”

The other main prong of his campaign was focused on education.

“Every child—no matter what challenges they face—deserves an environment that welcomes and supports them. They deserve teachers that make sure that when they graduate, they are prepared to thrive,” Duarte said. “As your Congressman, I will work hard to get schools back to basics and make sure that every student has the support they need in the classroom. I support school choice so our kids can find an environment that meets their needs.”

Republicans are currently in the minority in both chambers of Congress. In the House entering the midterms, they held 213 seats while Democrats held 220.

Republicans flipped seats across the country in the election, including in Virginia, Tennessee, and Oregon.

That was one of five victories in competitive races in New York.

House Republican Leader Kevin McCarthy (R-Calif.), who is poised to become the next speaker, said that Republicans won the election because voters wanted to impose a “check and balance” into the political system. Democrats retained control of the Senate and still have the White House for at least two more years.

“The American people have spoken. They have given us the majority and expect us to deliver on our promises,” Rep. Richard Hudson (R-N.C.), the incoming chair of the House Republican campaign arm, told reporters in a recent briefing.

Republicans could have one more seat in the next Congress. There’s one final uncalled race.

That’s in Colorado. The margin between Rep. Lauren Boebert (R-Colo.) and Democrat challenger Adam Frisch is so slim that a recount was ordered, as required by state law.

Boebert, though, leads by 550 votes, and Frisch has acknowledged that it is unlikely the recount will end with him ahead.

Boebert has declared victory and Frisch has conceded.

If Boebert ultimately triumphs, that would give Republicans 222 seats come January. Democrats would have 213.

Peltola kept the seat she won in a special election this year following the death of longtime Rep. Don Young (R-Alaska). Kiley flipped a seat held for 10 years by Rep. John Garamendi (D-Calif.), who shifted to the state’s 8th District and won another term.