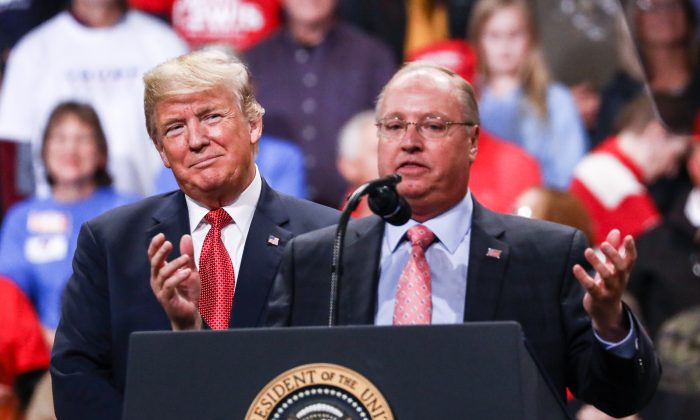 Hagedorn was first elected in 2019. He died after a long battle with kidney cancer, his wife, Jennifer Carnahan, announced on Feb. 18, 2022.

Gov. Tim Walz, a Democrat, and a former 1st Congressional District representative, announced details for the special election within the three-day window of Hagedorn’s death, as established by Minnesota law.

Finstad is a former state representative. Ettinger is the former Hormel Foods Corp. CEO. Each candidate advanced in their respective special election primaries in May.

They were also on the ballot in November’s second election for a full two-year term. They faced challengers in those races, and prevailed, setting a rematch in November.

Republicans are also hopeful that they can flip Minnesota’s 2nd and 3rd Congressional District seats that turned Democrat during the Trump administration.

Major party candidates are unopposed in the Aug. 9 primary.

In the 2nd district, Democratic Rep. Angie Craig and retired U.S. Marine Tyler Kistner, a Republican, have a rematch set for the fall. Kistner was named to the National Republican Congressional Committee’s Young Guns program. Craig is part of the Democratic Congressional Campaign Committee’s Frontline program for vulnerable incumbents.

Democratic U.S. Rep. Dean Phillips appears to be in a safer spot in the 3rd district. He faces U.S. Navy veteran Tom Weiler in a district Biden would have won by 21 points.