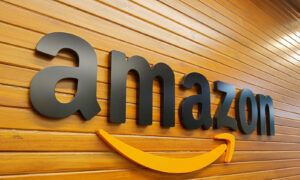 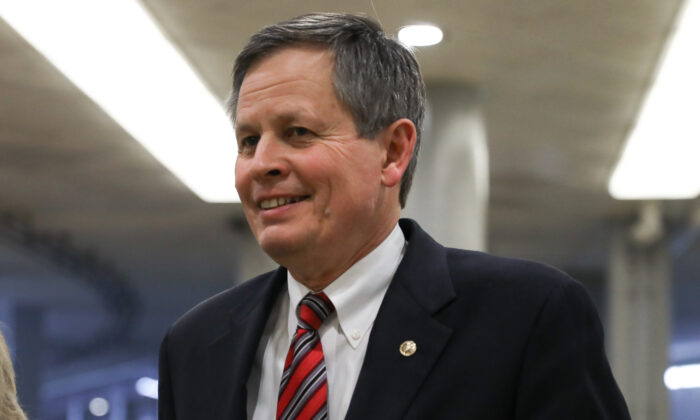 Sen. Steve Daines (R-Mont.) in the Senate subway area of the Capitol before President Donald Trump's State of the Union address in Washington on Feb. 4, 2020. (Charlotte Cuthbertson/The Epoch Times)
Congress

A group of Republican senators are taking steps to block President Joe Biden’s executive actions to rejoin the Paris climate agreement and revoke a permit for the Keystone XL Pipeline.

Sen. Steve Daines (R-Mont.) alongside other senators from central and western states said on Wednesday that they plan to introduce legislation to allow the Keystone XL Pipeline to continue construction. The senators will also put forward a resolution to urge Biden to submit the Paris climate agreement to the Senate for advice and consent before rejoining the treaty.

Revoking permits for the Keystone XL Pipeline undercuts a serious infrastructure project, renewable energy growth, and rail relief for grain. This admin can’t ask for unity & bipartisanship one minute but continue to push bad left-wing policy the next.

Their announcements come after Biden took actions to roll back former President Donald Trump’s decisions to withdraw from the Obama-era United Nations treaty and grant a permit to allow for the construction of the oil pipeline system that traverses through the U.S.-Canada border. Trump had previously criticized the Paris agreement for negatively impacting the U.S. economy and unbalanced standards between nations.

Similarly, the former president’s granting for the Keystone permit broke a decade-long stalemate in Congress and court litigation that stalled the construction of the oil pipeline system. The pipeline would ship crude oil from tar sands in western Canada across the continent to the Gulf Coast of the United States. It was a frequent target of environmentalists, who physically attempted to block its construction, but also supported by many for the jobs and energy security it could bring to America.

These day one executive actions have been widely criticized by Republican lawmakers and experts warning about the “devastating economic consequences” they could bring.

“It’s only day one, and with the stroke of a pen, Biden has already taken steps to kill American energy projects like the Keystone XL Pipeline which is critical to energy producing states like Montana,” Daines said in a statement on Wednesday.

“This project will create thousands of jobs, generate tax revenue for local communities, promote North American energy security and independence, and it is the safest and most environmentally friendly way to transport oil. We must do all that we can to ensure construction moves forward.”

The project, according to Daines, is expected to provide about 71,000 jobs.

Meanwhile, Daines took issue with the Paris Agreement for being “poorly negotiated, fatally flawed” while characterizing it as “a bad deal for American families everywhere.”

“Rejoining this agreement places our country at a competitive disadvantage and will lead to higher energy prices for Montana families and job loss in a time when rural economies are devastated, all for minimal benefit,” Daines said. “At the very least, I urge President Biden to do what the Obama administration refused to do and submit the Paris Agreement to the Senate for consideration as required under the Constitution.”

The United States formally withdrew from the Paris Agreement on Nov. 4. The agreement was adopted by 196 parties in Paris, on Dec. 12, 2015, and entered into force on Nov. 4, 2016. President Barrack Obama at the time claimed that the agreement was not a treaty and did not send the agreement for review in the Senate as required by the U.S. Constitution.

Under Article II of the Constitution, the president “shall have power, by and with the advice and consent of the Senate, to make treaties, provided two-thirds of the Senators present concur.”

The legislation and resolution planned by Republicans are expected to face difficulties for their passage as the Senate is controlled by Democrats as Vice President Kamala Harris hold the tie-breaking vote.

Republican lawmakers in the House are also taking similar steps to block Biden’s move to rejoin the Paris agreement. Rep. Lauren Boebert (R-Colo.) and a group of House members on Thursday also introduced legislation to stop Biden from rejoining the agreement until he transmits the agreement to the Senate for approval.