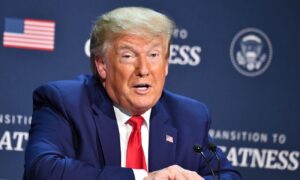 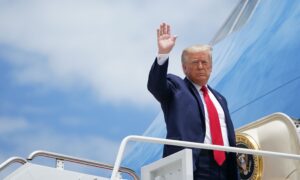 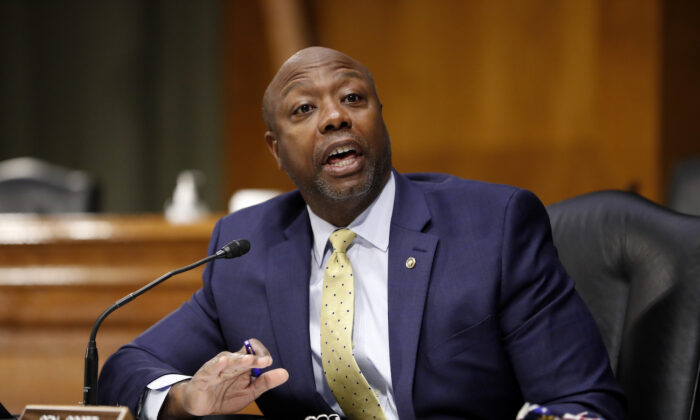 Republican Sen. Tim Scott: There Is a Way Forward for Bi-partisan Police Reform

Republican Sen. Tim Scott (R-S.C.) is leading the GOP effort to draft police reform legislation in response to protests and a huge police reform package from Democrats. The South Carolina Senator said Sunday that he does see a path forward for a bipartisan police reform bill.

In the wake of national protests that followed the death of  George Floyd on May 25, House and Senate Democrats unveiled legislation on June 8, that would bring about wide-ranging reforms to police departments across the country.

Currently, the Republicans are drafting their version of a police reform bill, which must address the use of force.

“For use of force, there are millions of scenarios that play out. It’s one of the reasons why what we have tried to achieve through the legislation is finding the best practices around use of force around the country, and then provide that clarity, and guidance for those departments who may need to have a better perspective on use of force. So, we’re getting at it, but I’m not sure we’re going to ever codify in law a use of force standard,” he said.

Scott cited that less than half of police departments in the U.S. report their use of force, which is why he has been working to get 100 percent data collection in this area. “We need 100 percent as relates to serious bodily injury and death. When the officer uses force, we need to have all the information.”

“The second thing we have to do is look at training and tactics, if we do that, we can certainly de-escalate the situation and make sure that the officer and the suspect, go home,” he added.

In addition, Scott said that Republicans have been studying the use of force, via a commission, which is made up of police officers and civilians “to help us discern what it looks like to have effective policies that lead to better outcomes in those intense split-second decisions. That’s what we’re achieving through our commission that studies the use of force and the best practices around it.”

He said that banning chokeholds is an issue that Republicans and Democrats agree on, with specifics of how to enforce the standard varying.

“So, the House bill reduces money or takes money away from states on the chokehold issue, we take it department by department,” Scott said.

“This is a policy whose time has come and gone, and we try to tackle that on the local level, the house policy tackles that on the state level. I think the President’s looking at a national perspective on that from this executive order but every single aspect of all three leavers want to tackle the issue of chokeholds, and that’s part of that entire conversation around the de-escalation of force,” he added.

The South Carolina Senator said Republicans will be seeking more data on no-knock warrants before they can make a conclusion on when they should be used.

“So I want to take the Breonna Taylor case and have an Act that requires more data to be provided so that we can actually come out with policies that are consistent with the best use of no-knocks or the elimination of no-knocks, we just don’t have the information to get there,” he said.

“I know that the House bill says, let’s just eliminate it for drug cases but we have no information that supports that that is the best way to go. I’m interested in having that conversation,” Scott said.

A potentially bigger hurdle to bipartisan police reform is the qualified immunity doctrine; Democrats have called to eliminate the immunity while Republicans are opposed, calling it a “poison pill.”

“From the Republican perspective and the president sent the signal that qualified immunity is off the table. They see that as a poison pill on our side. We could use a de-certification of officer, except for the law enforcement unions say that’s a poison pill. So, we’re going to have to find a path that helps us reduce misconduct within the officers. But at the same time, we know that any poison pill in legislation means we get nothing done. That sends the wrong signal, perhaps the worst signal, right now in America,” Scott said on Face the Nation Sunday.

Scott reiterated his optimism of meaningful reform being enacted if partisanship can be put aside.

“It is important that all three levers of government work together to solve what is, in fact, the original sin of this country. If we do that, I think the American people will celebrate, neither party, but the fact that we’ve worked together as one country,” he added.