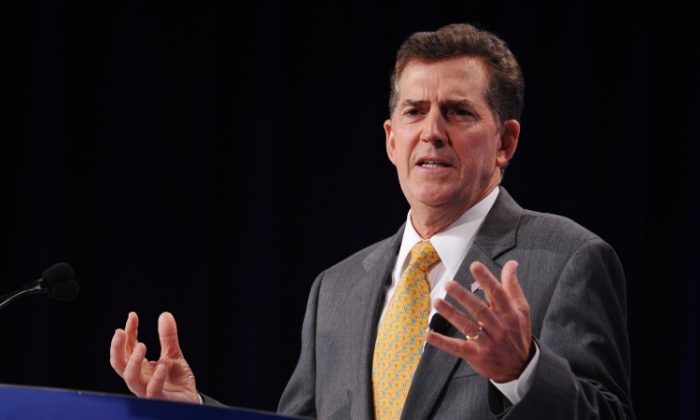 Jim DeMint, a Republican senator from South Carolina, announced Thursday that he would resign next month to head the conservative Heritage Foundation think tank.

“It’s been an honor to serve the people of South Carolina in United States Senate for the past eight years, but now it’s time for me to pass the torch to someone else and take on a new role in the fight for America’s future,” he said in a statement.

DeMint has been described as a prominent member of the tea party conservative movement within the Republican Party.

After DeMint’s departure, Gov. Nikki Haley will appoint another senator, who will serve until 2014.

DeMint said that while he is leaving politics, he is “not leaving the fight” because the Heritage Foundation will provide Republicans “strong leadership in the battle of ideas.”

The South Carolina-based Herald Online publication reported that the Heritage Foundation paid its previous president $1 million a year. The annual salary for senators in 2009 was at least $174,000.