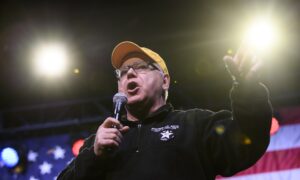 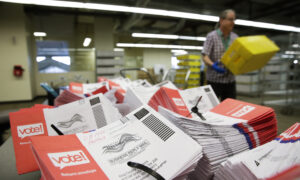 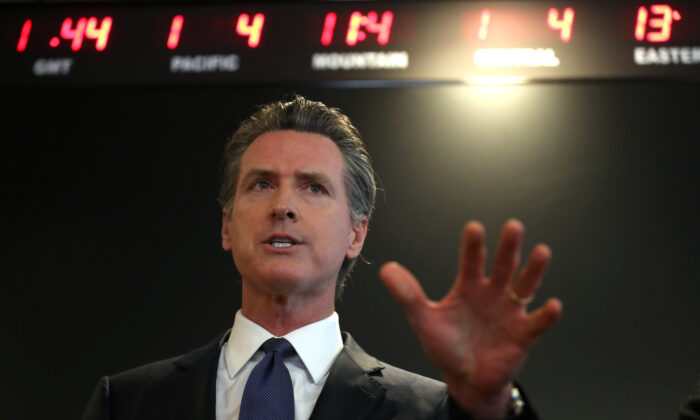 Republicans are suing California Gov. Gavin Newsom in federal court over his unprecedented unilateral order requiring that all registered voters be sent vote-by-mail ballots for the general and presidential elections on Nov. 3, ostensibly to reduce the likelihood of voter transmission of the CCP virus that causes the disease COVID-19.

Newsom, a Democrat who frequently spars with President Donald Trump on a host of issues, signed Executive Order N-64-20 on May 8. The order requires officials in all 58 of the Golden State’s counties to send all registered voters vote-by-mail ballots for the Nov. 3 general election whether they want them or not. In-person voting also will be available.

Oregon, Washington, Colorado, and Hawaii carry out their elections wholly by mail. A federal judge in Texas granted a temporary injunction May 19 allowing all voters in the state to vote by mail in upcoming elections. The injunction was stayed by the 5th Circuit Court of Appeals pending the outcome of the state’s appeal of the ruling.

“Elections and the right to vote are foundational to our democracy,” Newsom said when he issued his order. “No Californian should be forced to risk their health in order to exercise their right to vote.”

Trump is strongly opposed to expanding mail-in voting, which he says is rife with fraud. Other Republicans say Newsom is leveraging the current pandemic to score political points and that he has no right to force mail-in balloting on voters. They say what he is doing constitutes an illegal “power grab.”

“His radical plan is a recipe for disaster that would create more opportunities for fraud & destroy the confidence Californians deserve to have in their elections.”

“The consensus, among people who study fraud carefully, is that voting by mail is a much more fertile area for fraud than voting in person,” Charles Stewart, a political science professor at the Massachusetts Institute of Technology, previously told NPR.

“Existing California law allows for an absentee ballot process not mail-in voting. No constitutional power nor any law permits Newsom to change duly authorized law let alone reshape our voting system on his own,” said Del Beccaro, a former chairman of the California Republican Party and author of “The Divided Era: How We Got Here and the Keys to America’s Reconciliation.” Del Beccaro is an occasional contributor to The Epoch Times.

“That is one of the many power grabs by Newsom that must be pursued in the courts and undone lest it becomes practice and encourages more lawless behavior.

“As for those who favor mail-in voting, California would be ripe for voter fraud under such a system. … It would be impossible to verify the signatures required on mail-in votes for the some 14 million votes that would be cast. California has no system in place that could handle that volume. Instead, the votes would be counted, winners declared, and losers, who have to pay for recounts if they suspect fraud, would simply have to succumb because of the costs involved.

“Given that 458,000 people who have died could be mailed ballots, that 24,000 will be mailed two or more ballots, that 178,000 existing registrations have never been voted, that nearly 2,000 registrations indicate birthdates of a person 105-plus years or older and that over 38,000 Californians appear to have more than one voter registration, the prospects for voter fraud are quite real.”

As The Epoch Times previously reported, election law experts say the current pandemic is being used by political partisans to promote fraud-prone mail-in balloting in order to undermine electoral integrity.

Dealing with a pandemic is no excuse for violating the sanctity of the electoral process, Adams said. “Liberia conducted an in-person election during the worst part of the Ebola epidemic. … If Liberia can mitigate Ebola in an election, we can do it, too.”

Widespread mail-in balloting is “a terrible idea,” said Pete Hutchison, president of the Landmark Legal Foundation. “It’s a power grab that the Framers would have been appalled at.”