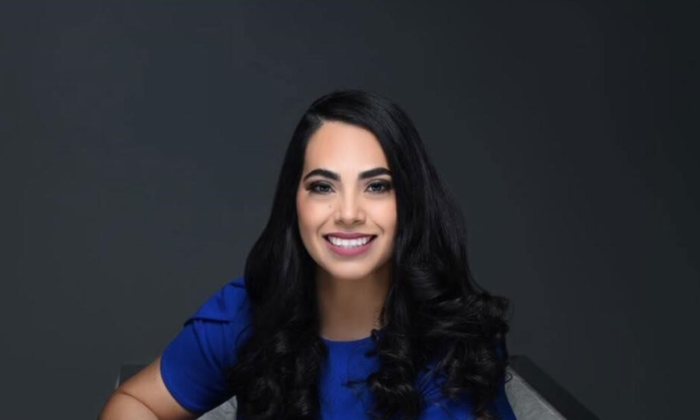 In a Twitter post on Monday, Flores accused the Gonzales campaign of paying for a blogger to “run hateful and racist ads” against her. The posts that appeared in the McHale Report blog referred to her as “Miss Frijoles,” “Miss Menudo,” “Miss Enchiladas,” and a “cotton-pickin’ liar.”

“I am disgusted that Vicente Gonzalez has hired a creepy blogger to attack my Mexican heritage and sexually degrade me, but I won’t let this distract me from my work,” she told The Epoch Times via text. “Vicente Gonzalez is an example of everything that’s wrong with Washington. It’s truly sick,” she said.

Jerry McHale, a longtime South Texas blogger, also used sexually crude language in a May 13 headline about the Congresswoman: “Does Flores Want Trump to Come & Take Her [expletive]???”

Federal Elections Commission data shows Gonzalez made campaign advertising expenditures to Jerry McHale of $1,200 on June 24 and $1,000 on October 27, 2021.

McHale told The Epoch Times that Gonzalez never told him what to write, and he has never spoken to the Congressman. He was unapologetic for the language used in the blog. The self-described ultra-left Democratic blogger said he had no regrets using “satire” to describe Flores or “punching hard” at Republicans. He said Gonzalez and other politicians pay him to run photos with wording akin to a headline.

Colin Steel, campaign manager for Gonzalez, did not return a call seeking comment. However, he told NBC News, which first reported the story, that Gonzalez disapproves of calling Flores names and denied any wrongdoing.

Flores became the first Republican elected in the heavily Hispanic Rio Grande District in more than 100 years. The devout Christian won a special election for the district on a conservative platform of God, family, and country.

The controversial blog is just the latest incident in the rough-and-tumble political race for Texas District 34, which Flores aims to keep red. During her swearing-in ceremony, Speaker of the House Nancy Pelosi appeared to nudge Flores’ daughter to the side, which prompted Flores to condemn Pelosi on social media.

Pelosi’s camp responded that the speaker was trying to help the child so she wouldn’t be hidden during photos at the event.

Flores, a legal immigrant from Mexico married to a border patrol agent, is convinced that more Democratic voters will realize that their traditional Latino values are more aligned with the Republican Party. Democrats largely ignored the special election, but Republicans saw it as an opportunity to further their efforts to convert South Texas red after a strong showing in 2020.

Flores replaced former Rep. Filemon Vela (D-Texas), who resigned this spring to work for a Washington D.C. lobbying firm. She will only hold the seat until January 2023—unless she can beat Gonzales to serve for a full term by winning in November.