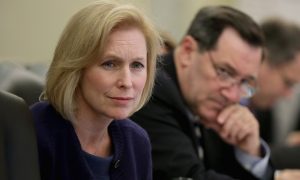 Flash Crash Jitters: What to Know About High-Speed Trading Before the Next Market Disaster Strikes
0
Share Now
TelegramFacebookTweetEmailTellMeWeReddit
Copy Link 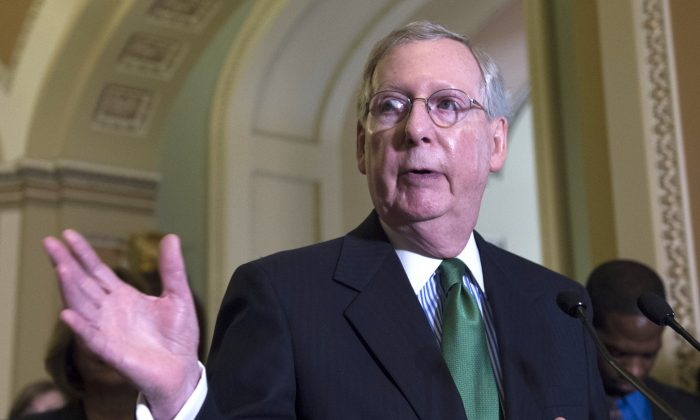 WASHINGTON — In a triumph of divided government, the Republican-controlled Congress passed major trade legislation Wednesday that was long-sought by President Barack Obama but vehemently opposed by most lawmakers in his party.

The measure to strengthen Obama’s hand in global trade talks cleared the Senate on a vote of 60-38, and will go to the White House for his signature — less than two weeks after it was temporarily derailed in the House in an uprising of Democratic lawmakers who argued it would cost American jobs.

A companion bill, to renew an expiring program of federal aid for workers disadvantaged by imports, passed by voice vote less than an hour later. Final approval in the House is expected on Thursday.

The rapid sequence of events capped the end of a back-and-forth struggle that played out slowly over months, with Obama, Speaker John Boehner, R-Ohio, and Senate Majority Leader Mitch McConnell, R-Ky., on one side, and the union-backed Democratic leadership of the House and Senate on the other.

The pace accelerated dramatically less than two weeks ago, when House Democrats prevailed in an early showdown that sent the White House and congressional GOP leaders into a rescue operation.

On Wednesday, McConnell, a frequent Obama antagonist, praised the president and Democrats who joined the GOP on the bipartisan measure vigorously sought by the nation’s chief executive.

“We were really pleased to see President Obama pursue an idea we’ve long believed in,” McConnell said. “We thank him for his efforts to help us pass a bill to advance it.”

The measure would allow Obama to negotiate global trade deals that Congress could approve or reject, but not change. The administration was seeking the “fast track” as it works to complete a round of trade negotiations involving 12 nations along both sides of the Pacific Ocean, including Japan.

Obama’s victory comes at a pivotal juncture in his second term. He is bracing for a Supreme Court ruling on his landmark health care law, and next week’s deadline is approaching for reaching a deal on Iran’s nuclear program.

Sen. Orrin Hatch, R-Utah, and chairman of the Senate Finance Committee, hailed the measure as “the most important bill that will pass the Senate this year,” and one that will prove to be an aid to the economy.

Sen. Sherrod Brown, D-Ohio, countered shortly before the vote that it would be nothing of the sort. He said it would lead to “corporate handouts, worker sellouts,” as he said had been the case with the North American Free Trade Agreement and other deals across the past two decades.

The issue of global trade had opened the most striking breach between a Democratic president and the lawmakers who overwhelmingly backed him on health care and other hard-fought issues. But the White House tried to cast a soft light on the division.

“We have Republican majorities in Congress working closely with Democratic minorities in Congress to build bipartisan support for legislation that then arrives on the desk of a Democratic president,” said White House spokesman Josh Earnest. That’s how policy should be made “in an era of divided government,” he told reporters.

Boehner, the Republican House speaker, called the trade votes “a big win for the American people. Trade is good for American farmers, for manufacturers and small businesses.”

The 12 participating nations in the current Pacific-based talks account for 40 percent of the world’s economy, and include Japan, Malaysia, Australia, Canada and Mexico. China is not a member, and Obama says a ratified Pacific-rim pact will reassert the United States’ muscular role in international standards for commerce, treatment of workers and the environment.

House Democrats dealt Obama a humiliating rebuke on June 12, when they derailed his trade package only hours after he traveled to the Capitol to personally ask for their help. Republican leaders, with White House support, restructured the legislative package and passed its key elements with big GOP margins, plus modest Democratic support.

A final potential hurdle in the House crumbled Wednesday when Democratic leaders said most colleagues would support the job retraining program that Obama wanted.

Some anti-free-trade Democrats had urged defeat of the program, known as trade adjustment assistance, or TAA. Typically a Democratic priority, it’s meant to help workers displaced by trade agreements.

Some saw the program’s possible demise as a last-ditch way to pressure Obama not to sign fast track into law. Obama had said he wanted to enact the fast track measure and the retraining bill simultaneously. But with fast track headed to his desk, House Democrats acknowledged they no longer had leverage to force his hand.

House Democratic leader Nancy Pelosi told colleagues that she would vote for trade adjustment assistance. She said it was time to start scrutinizing the Pacific-rim deal.

“My standard for any trade agreement is that it must create good-paying 21st century jobs, increase the paychecks of American workers, and it must do so recognizing the relationship between commerce and climate,” Pelosi told colleagues in a letter.