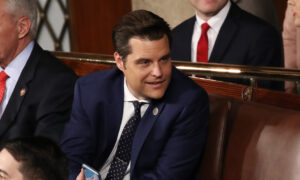 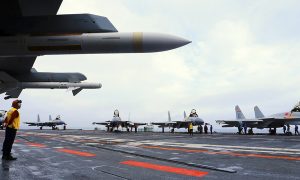 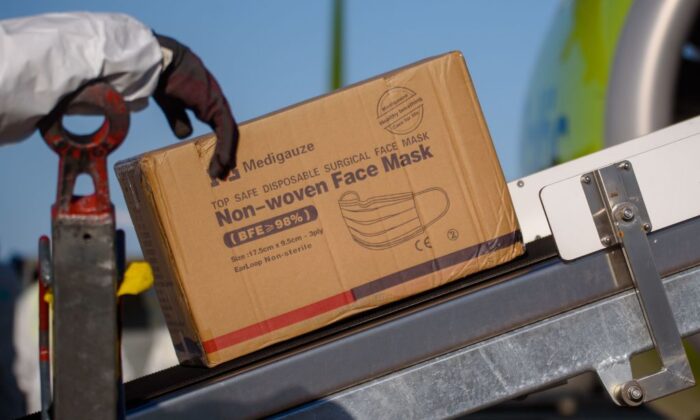 Four GOP representatives in Congress have introduced a new bill aimed at reducing the United States’ dependence on Chinese imports of pharmaceuticals and medical devices.

It would require the secretary of the U.S. Department of Health and Human Services to compile and maintain a list of the country of origin of all drugs marketed in the United States.

The list would also identify active pharmaceutical ingredients (API)—the individual components that give drugs their therapeutic effects—that are exclusively produced in China.

For example, the United States no longer produces penicillin, after the country’s last manufacturing facility closed down in 2004. Factories that make the API in penicillin are primarily located in China.

The bill would also require the Department of Health and Human Services, Department of Veterans Affairs, Department of Defense, and any federal health care programs to buy drugs that contain at least 60 percent of API manufactured in countries other than China by 2022. That proportion will go up to 100 percent by 2023.

The United States obtains the majority of its generic drugs from India and China, according to data from the Washington-based Association for Accessible Medicines. China also supplies over 90 percent of antibiotics and 95 percent of ibuprofen the United States needs. Respirators, surgical masks, and protective equipment are also mainly supplied by China.

To motivate manufacturers to produce pharmaceuticals and medical devices in the United States, the bill would provide them economic incentives under the 168(k) of the Internal Revenue Code, which allows companies to write off 100 percent costs associated with their purchase of manufacturing properties—items placed in service between Dec. 31 last year and Jan. 1, 2026—instead of depreciating them over time.

“As we work together to battle the Coronavirus pandemic, we really have to start to rethink how reliant we are on China for medical supplies and pharmaceuticals. This is especially true due to China’s recent threat to cut the U.S. off from critical drugs,” said Budd, in a press release about the bill.

On March 4, Chinese state-run media Xinhua re-published a blog post that described the United States’ dependence on China for medical supplies in the wake of the CCP (Chinese Communist Party) virus, commonly known as novel coronavirus.

“Most facial masks in the U.S. market are made and imported from China. … The majority of medicine in the U.S. is imported from other countries,” the article stated. “If China bans exports to the United States, the latter will enter into hell caused by the coronavirus.”

“The Chinese Communist Party’s outrageous threats to withhold life saving drugs from the U.S. endangers public health and should open our eyes to our dangerous over-reliance on China in our medical supply chain,” Gallagher said in the same press release.

Gallagher added: “This is a national security imperative that to many Americans, is a matter of life and death. It’s past time for us to develop an aggressive plan to move critical pharmaceutical supply chains away from China.”

Cheney warned that “relying on the Chinese Communist Party—whose lies about coronavirus created the pandemic we now face—for essential medicines is dangerous and short-sighted,” in the press release.

Beijing’s initial coverup of the virus has been well-documented, most notably its decision to silence eight doctors, among them ophthalmologist Li Wenliang, after they posted on Chinese social media about a new form of pneumonia in late December. Li was subsequently summoned to a local police station for “rumor-mongering.

Cheney added: “China is an adversary that will use any U.S. dependence as blackmail to achieve its nefarious goals. This legislation is a critical step toward securing our supply chains and the American people.”