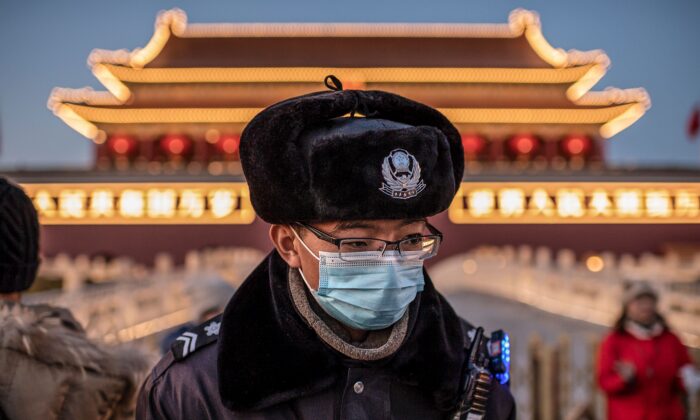 Congressman John Curtis (R-Utah), announced Friday that he has joined with fellow Republicans to introduce a bill that would hold accountable any foreign official who tried to hide public health information related to COVID-19 during its early phase or any official who would hide future outbreaks.

Dr. Li Wenliang, an ophthalmologist who blew the whistle on the outbreak of the CCP (Chinese Communist Party) virus—commonly known as the novel coronavirus, which causes COVID-19—ultimately succumbed to the disease after contracting it from a patient he was treating. The Republicans will be introducing the bill in the Senate in the near future.

“As Dr. Li Wenliang said, ‘A Healthy Society Shouldn’t Only Have One Voice,’” Curtis said. “By suppressing critical public health information, officials in China, Russia, Iran, Venezuela, and elsewhere have demonstrated they care more about maintaining their grip on power than the health and wellbeing of their people.”

In a press statement, Curtis explained how foreign officials will be held accountable if they are found to be endangering global public health.

“The Li Wenliang Global Public Health Accountability Act would sanction any foreign senior official responsible for deliberately concealing vital public health data concerning the outbreak of a disease with the potential to become a pandemic. It would also sanction any official who profited off of the concealment of information, and anyone acting on their behalf. Sanctions include the revoking of visas and the seizing of assets.”

When the virus first threatened China, the CCP was not responsive to international requests to learn about the virus and the outbreak. U.S. Health and Human Services Secretary Alex Azar said the United States had been trying to send a group of experts to understand the outbreak’s transmission and severity since Jan. 6. However, the United States’ repeated offers were left unanswered for a month. The Chinese regime eventually agreed to allow the World Health Organization (WHO) to send a group of international experts to study the virus in late January. This came after WHO director-general Tedros Adhanom Ghebreyesus returned from a visit from China full of praise for the regime’s response efforts.

Meanwhile, the regime silenced individuals from raising the alarm about the burgeoning outbreak. When multiple Wuhan doctors attempted to warn their colleagues and the public about a “pneumonia with an unknown cause,” later known to be the CCP virus, authorities attempted to silence them and reprimanded them for “rumor-mongering.” The most notable of them was Wenliang.

Other lawmakers have also started voicing their concerns over Beijing’s mishandling of the virus in the early stages.

Meanwhile, Sen. Josh Hawley (R-Mo.) and Rep. Elise Stefanik (R-N.Y.) are also calling for an international investigation into how the CCP’s initial handling of the virus may have endangered the United States and the rest of the world.

“It is time for an international investigation into the role their coverup played in the spread of this devastating pandemic,” Hawley said, in a joint press release with Stefanik.

“The CCP must be held to account for what the world is now suffering.”

Janita Kan contributed to this report